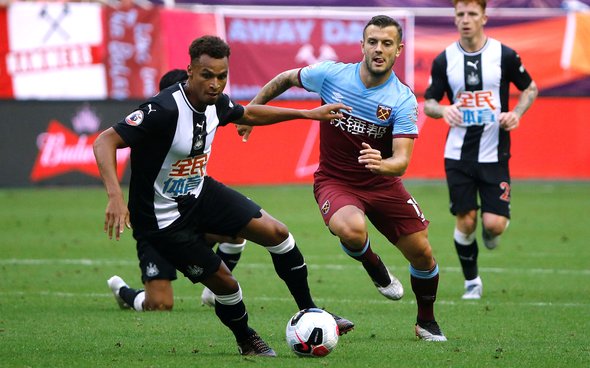 Leicester City playmaker James Maddison sent Newcastle United attacker Jacob Murphy a message after he made his debut for Sheffield Wednesday on Saturday.

The 24-year-old winger joined Sheffield Wednesday on a season-long loan from the Magpies on transfer deadline day, and scored on his debut for the Championship side.

Murphy took to his personal Instagram after his first outing for Sheffield Wednesday to celebrate the start he had made to his Owls career.

Murphy’s social media post saw Maddison send him a four-word message in order to imply Sheffield Wednesday’s clash with Barnsley was too easy for the attacker.

Sheffield Wednesday secured a comfortable 2-0 win over Barnsley on Saturday and it’s fair to say Murphy played his part. The 24-year-old took just 100 seconds, as per the BBC, to put the Owls ahead, with a calm finish that saw him ooze composure in front of goal. The loaned-out Magpies constantly made surging runs to help his new side before being subbed off on the 74th-minute mark. Given that Murphy only joined on deadline day, so didn’t have a lot of time to settle into life at Sheffield Wednesday, it’s impressive that he not only made his debut on Saturday but that he impressed. Given that Steve Bruce utilised Murphy in pre-season before deeming him surplus to requirements, it likely helped Murphy hit the ground running. The winger really needs to impress on loan at Sheffield Wednesday as his loan spell at West Bromwich Albion in the Championship didn’t go well last season. Murphy joined the Baggies in January, making 15 appearances in the Championship, and only averaged a rating of 6.50 after registering just one assist (Source: WhoScored).