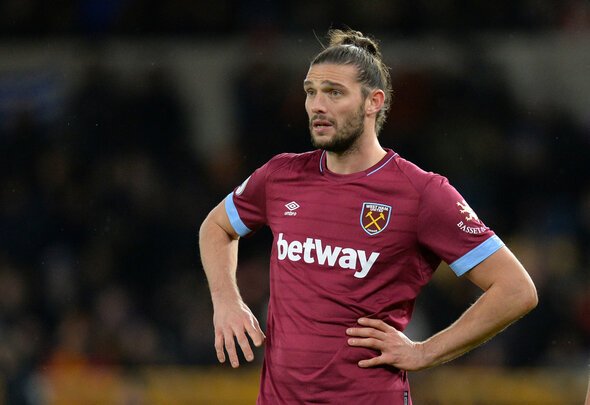 Matt Le Tissier shared he thought it would be a “no brainer” decision for Newcastle United to sign Andy Carroll.

The Daily Mail reported on Thursday that the Magpies were set to sign the attacker who is a free agent after leaving West Ham, and claimed that he was desperate to play for the Magpies once again.

Le Tissier was asked what he made of the speculation surrounding Carroll and he claimed Carroll would be a good signing, as you know if you can get 15 games out of him then he could cause problems for the Magpies’ opponents.

“I think that’s what they’re looking at, he’s more of a squad player rather than someone who can lead the line and play 40 games this season,” said Le Tissier on Sky Sports News (13:06pm, Thursday, August 8th).

“I don’t think that’s what they’re expecting from him, and if they got him on a free, it’s a no brainer really.

“Even if you get 15 games out of him, you know he is going to cause problems when he does come on as a substitute.

“He’s got so many good qualities about him, if he can stay fit for long enough, it’s a no brainer for me.”

It’s hard to argue with Le Tissier’s verdict, as a fit Carroll could be a good signing. The Magpies clearly know all about his terrible injury record and will likely only see him as a player who can be useful from the bench. Carroll managed to feature only 12 times for the Hammers last season, failing to score or register an assist, and injuries got the better of him once again. In his 2018/19 campaign, the 30-year-old spent 246 days stuck on the sidelines following surgery on his ankle, as per Transfermarkt, and it’s not like it’s his first major injury. Carroll’s injury page on Transfermarkt is two pages long as it has to document the constant knee, thigh, hamstring and ankle injuries that he has sustained in recent season. However, the 30-year-old does know where the goal is when fit. Carroll has scored 53 goals in 211 outings in England’s top-flight and has averaged 0.25 goals per match as a result (Source: Premier League). Given that 24 of Carroll’s Premier League goals have been with his head, it shows what a good potential target man he can be if signed by Steve Bruce.