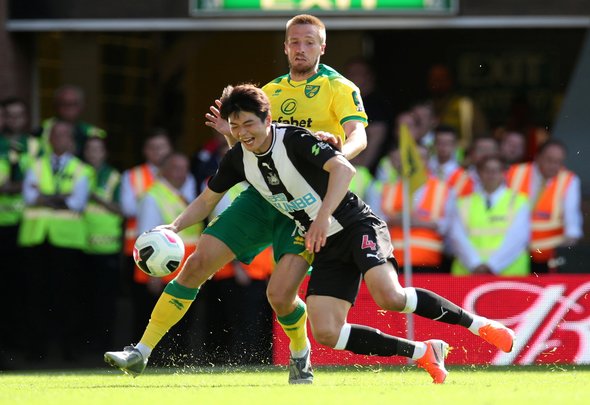 Newcastle United midfielder Ki Seung-yeung submitted a dreadful display against Norwich City on Saturday, and it’s only made worse when you consider he apparently moaned about not playing against Arsenal.

The Times reported ahead of Norwich’s 3-1 victory over Newcastle that Ki was likely to be included in Steve Bruce’s starting line-up on Saturday and stated that the midfielder was believed to have voiced his displeasure over being omitted from the Magpies’ squad for the 1-0 loss to the Gunners.

The newspaper even claimed that Bruce omitting Ki from his squad against Arsenal backfired as he ended up briefly playing Jetro Willems in midfield due to having no out-and-out midfielders on the bench to call upon, however it seems things may not have gone any better against the Gunners even if Bruce hadn’t given the 30-year-old midfielder the cold shoulder.

This is because Ki didn’t exactly look good against Norwich on Saturday when given the chance to shine.

If you’re going to moan behind the scenes about not playing, when given the chance you’re going to look foolish if you prove to be unworthy of a place in the first-team and that’s exactly what the midfield enforcer did.

Ki managed only 27 passes against Norwich, which is alarming low for a midfielder (Source: Premier League), failed to make any tackles and lost two of his five duels.

In fact, the midfielder only managed to touch the ball 33 times and while he may want to brag about his 92.7% pass completion rate, given that he didn’t make many passes it’s misleading. (Source: WhoScored)

The 30-year-old featured for 74 minutes on Saturday before Bruce had seen enough, Ki averaged a rating of 6.17 (Source: WhoScored), and he surely regrets voicing his displeasure about not playing as his manager will now feel even more justified not to play him.

In fact, it would be more of a surprise if Bruce didn’t drop Ki for the Magpies’ clash with Tottenham next Sunday if anything after the player’s display against Norwich.