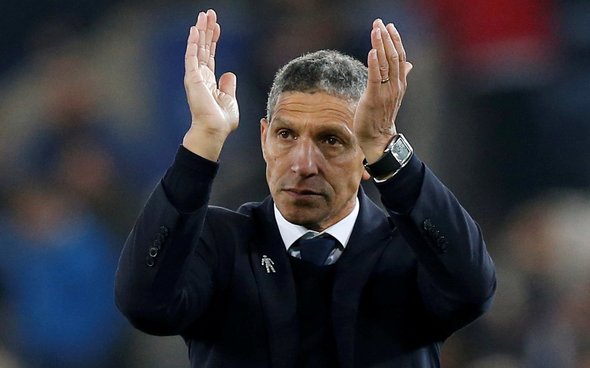 Chris Hughton backed Steve Bruce to be able to do well at Newcastle United after Jim White asked for his thoughts.

The talkSPORT presenter asked the former Magpies boss what he thought about Bruce succeeding Rafa Benitez at St James Park and then put him on the spot by asking him if he forgave Newcastle owner Mike Ashley for sacking him in 2014 (Source: The Guardian).

Hughton replied by saying Bruce had the experience to do well with the Magpies and claimed he could change people’s perspectives of him, then proceded to sidestep the question regarding Ashley.

“I think Steve has been brought in because of the experience he has and there’s no doubt that following Rafa Benitez, due to the job he has done and how popular he is with supporters, would have been difficult for anybody,” said Hughton on talkSPORT (12:56pm, Monday August 5th).

“But I think for somebody of Steve’s experience, to shoulder that responsibility I think he will be able to do it.

“Ultimately, it’ll come down to what he gets out of the team…it will be very much on Steve to get the results and change that perspective others have of him.

“As for your second question, one thing I am always appreciative of and Mike Ashley comes into that, Newcastle was my first opportunity to manage and I’ve gone on to have really wonderful spells at Birmingham, which I thoroughly enjoyed for a year, and Norwich, and Newcastle gave me my first opportunity in management and it’s something I’ll always be grateful for.”

White tried to get a story out of Hughton by asking him about Ashley but the former Magpies boss was way too classy to fall into the presenter’s trap. The manager, who is currently unattached after leaving Brighton, wasn’t about to moan about Ashley previously sacking him and instead focused on the fact that Newcastle was his first job in management. While some Newcastle United fans likely would have loved it if Hughton had taken a dig at Ashley, moaning about his previous employer wouldn’t have helped Hughton’s chances of landing another management gig. After all what chairman would want to hire a manager who publicly spoke out about someone who previously hired them. As for Hughton’s remarks on Bruce, he once again plays it safe. The 60-year-old focused on how Bruce’s experience could be an asset and it’s not like you can question how much experience the current Magpies boss has. After all, Bruce has managed four other clubs in the Premier League ahead of succeeding Benitez and has been in charge of over 392 top-flight games (Source: Premier League). The only way you can say his experience possibly works against him is that you could argue Bruce, who has lost 173 matches as a Premier League manager, has already proven he isn’t suited to grinding out results in the top-flight.