Almiron receives a message from Martinez

Almiron had previously taken to his personal Instagram to share he was focused going into the 2019/20 campaign and also posted a snap of him playing for Newcastle in pre-season.

“Focused into the new season,” wrote the Toon attacker.

Almiron’s post then saw his former Atlanta United teammate Martinez send him a five-word message in order to cheekily question how fast he was. 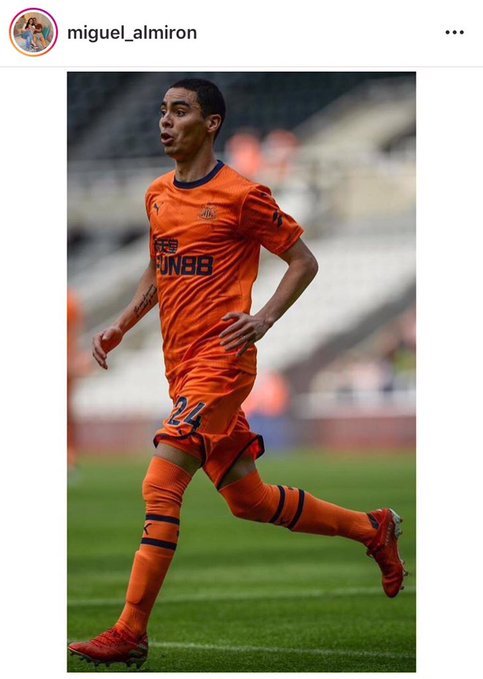 Almiron and Martinez had a formidable partnership at Atlanta in 2018 before the Paraguayan left the MLS club to join Newcastle, and it’s nice that the pair still look out for each other despite not being teammates. Martinez scored 35 goals in 39 outings for Atlanta in his 2018 campaign, assisting six, while Almiron scored 13 goals, while assisting 13, in 38 appearances, so no doubt seeing the pair on the teamsheet likely terrified an opponent’s defence ahead of the game. However, while Almiron was formidable for the American club, he hasn’t got off the mark for the Magpies as of yet. The Paraguayan attacking midfielder played 10 times for Newcastle, failing to score or register an assist before an injury ended his season prematurely. Almiron attempted 19 shots in his outings for Magpies, with eight hitting the target, so clearly he was getting in the right positions but just wasn’t having any luck (Source: Premier League). Steve Bruce will hope Almiron instantly gets off the mark in his 2019/20 campaign as that may see him start to show the form he demonstrated at Atlanta. As for Martinez, the 26-year-old Venezuelan hasn’t slowed down without Almiron as he has scored 22 goals in 26 matches and recently broke his own record for most consecutive MLS games with a goal (Source: MLS). With form like that, who knows, maybe the Magpies will one day try to sign him.