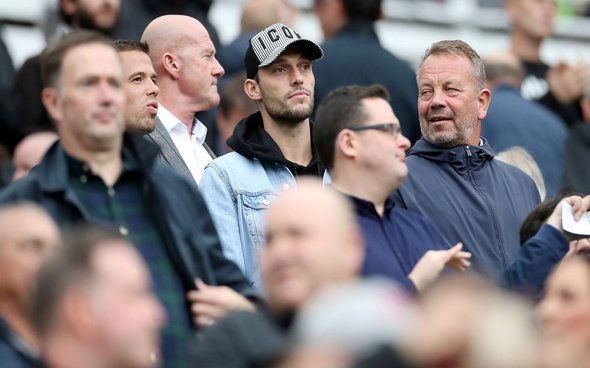 Sam Allardyce heaped praise on Newcastle United attacker Andy Carroll and backed him to be able to score goals for Steve Bruce’s side.

The former Magpies manager stated that if Newcastle could get Carroll fit enough to feature then he is the type of player that can help a side rack up a lot of wins.

Allardyce then added that while a lot is made of how good the Magpies forward is in the air, it’s worth noting that Carroll is a terrific player when the ball is at his feet.

“If you can get him on the field, believe you and me, he is a dying breed in the game today as if you play off Andy Carroll then you’re gonna win a lot lot of games,” said Allardyce on talkSPORT (7:16am, Tuesday, August 20th).

“Oh, he can score goals! We talk about his aerial prowess but on the deck, he is a terrific player.”

Allardyce is hyping up Carroll, and it’s hard to not cling to his words as they offer the Magpies hope. The experienced manager personally knows how good the 30-year-old forward can be, it’s just a case of hoping he gets fit enough to feature in the near future. The Magpies snapped up Carroll on a free transfer on deadline day, but he hasn’t been fit enough to feature as of yet as he is still recovering from the ankle surgery he had in April. However, the good news is that the forward’s return to action may not be too far in the future as according to the Times, the 30-year-old is hoping to make his second debut for Newcastle against Liverpool in September. Carroll scored 33 goals in 90 outings during his first spell with the Magpies, and hopefully, he can be among the goals again when he features for the club this season. Allardyce is right to highlight that Carroll isn’t just a threat in the air but can be lethal with the ball at his feet. After all, out of the 53 career goals that the forward has scored in the Premier League, 24 have come with his head, six have come with his right foot and a notable 23 goals have been scored with his left foot (Source: Premier League).