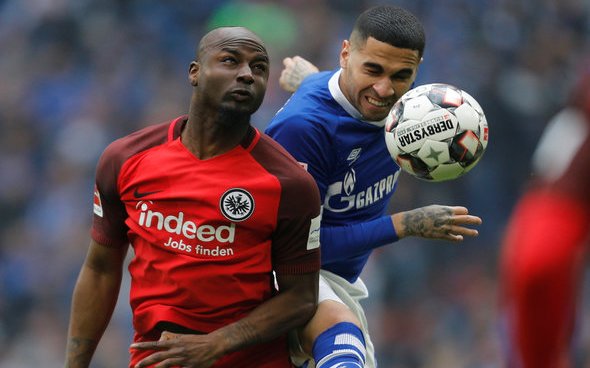 Frankfurt left-back Jetro Williems has agreed terms to join Newcastle United on loan, it has been confirmed.

The Magpies announced via their official Twitter account on Friday evening that the 25-year-old has arrived on a temporary basis from the German club.

Newcastle’s official website adds that the club has the option to make Willems’ move permanent next summer and Steve Bruce is “very pleased” to have completed a deal for the Netherlands international.

Newcastle need a new left-back adding to their squad and Willems is someone who seems to have been linked with a move to Tyneside for quite some time now. The former PSV full-back was very highly-rated in his youth and although he is hardly a world-beater, he should still be a very good option for Bruce in his squad at St James’ Park. Willems played a key role in what was an impressive campaign by Frankfurt last season as they reached the Europa League semi-finals. The Dutchman made 36 appearances across all competitions, playing in a number of positions that saw him feature in his natural role at left-back, in the centre of the midfield, at centre-back and even on the right-wing. Willems’ versatility could come in handy if Bruce is hit with a selection crisis next season but the Dutch ace is bound to become his first-choice left-back. With the deal being a loan-to-buy one, Newcastle have a whole year to decide whether or not it’s a good idea to sign Willems permanently.