Willems must step up in Ritchie absence 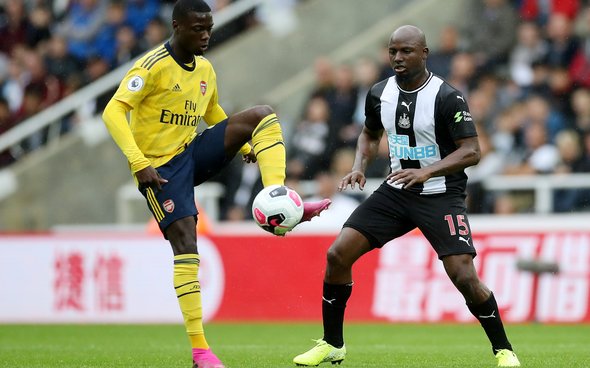 Losing an important first team player to injury is never a good thing, but when that setback leaves you reliant on a player with just two appearances for the club, then that’s very worrying indeed.

That is the situation that Newcastle United head coach Steve Bruce finds himself in, after he confirmed on Friday, via Sky Sports, that wing back Matt Ritchie would be sidelined for two months following ankle ligament damage.

Ritchie’s absence for the next eight weeks means that the spotlight will very much be on summer signing Jetro Willems, who has played just twice since joining the Magpies.

One of those appearances came in the mid-week Carabao Cup clash with Leicester City, where he acquitted himself well, but the Dutch international is undoubtedly going to be thrown in at the deep end now.

There is no other obvious alternative to Ritchie on the left hand side of the defence, and Willems’ placement in the pecking order was demonstrated by his starting in the position on Wednesday when the Scotsman was moved forward to a left wing role.

Clearly, Willems is the man who will deputise for the former Bournemouth star for the next couple of months, and he will know that he has a real chance to carve himself out a career at St James’ Park if he performs well.

He’s off to a good start after his display against the Foxes. As per WhoScored.com, he made a tackle, a clearance and three interceptions over the course of the game, the latter demonstrating his fine vision.

When comparing that to what Ritchie has averaged in the Premier League so far this season, as per the same website, it stacks up pretty evenly. The 29-year-old is currently averaging two tackles, 0.7 clearances and 1.7 interceptions. Clearly, there’s not going to be much of a drop off, here.

That is what Bruce will be hoping for, and it’s for moments like this that Willems was brought in. Let’s see if he can rise to the occasion.