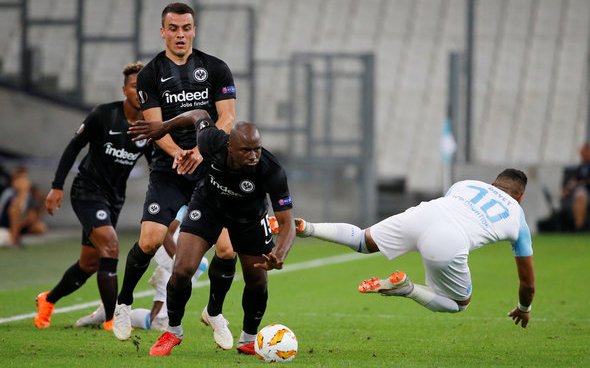 New Newcastle United signing Jetro Willems will be eligible for the Toon Army’s friendly meeting with St. Etienne on Saturday, according to Chronicle journalist Mark Douglas.

The Dutch full-back was unveiled as a United player on Friday evening, as announced by the club via their official Twitter account.

The 25-year-old has arrived on loan from German side Eintracht Frankfurt, and despite the lateness of his arrival on Friday, he will be available for Saturday’s match at St. James’ Park.

This will be news that is warmly received by the Toon Army. Willems looks as if he could be a really shrewd addition that could provide a great option in a problem position for the Magpies. The 25-year-old only started seven Bundesliga games for Frankfurt last season, but he still managed to record 2.5 tackles per 90 minutes, as well as being dribbled past just 0.8 times, as per Whoscored. On the front foot, Willems made a total of 2.5 key passes per 90 minutes [Whoscored], and if he can bring that same level of all-action, box-to-box play to the English game, he is sure to be an instant hit. Whether he features on Saturday remains to be seen, but the fact that he is available so quickly will be seen as a real boost by Steve Bruce, who has had a relatively short period of time to hone the Magpies’ squad into something resembling his own vision.