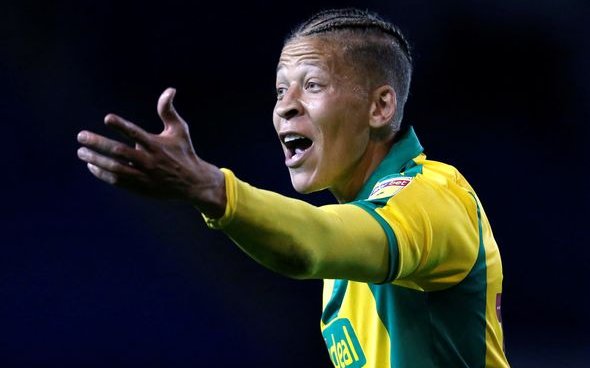 West Brom could stand a chance of being able to re-sign Dwight Gayle from Newcastle in January, according to Chronicle journalist Mark Douglas.

The North-East newspaper claimed on Thursday that Gayle, 28, had rejected the chance to return to The Hawthorns on a season-long loan this week even though a temporary deal, with a £15million obligatory purchase fee on promotion, had been agreed with Newcastle.

However Douglas, the journalist who reported the crushing transfer blow for West Brom, now claims via his personal Twitter account that if the Baggies are going strong in the Championship by the time the January transfer window opens, they could well reignite their interest.

If you're doing well, I could see it revisited in January.

At this point, this is surely just speculation. Gayle has said no to another loan move to West Brom as he wants to either join them permanently or fight for his spot at Newcastle. While there is a chance that he could change his mind over the coming months – a lack of game-time at Newcastle could do that – it’s way too soon to be predicting what could happen in the January transfer window. Let’s say things are going well for West Brom and they are top of the Championship by the time the winter transfer window opens. Should they go in for Gayle? They might not want to if a deal would include an obligatory purchase clause of £15million because Gayle is not a proven goalscorer in the Premier League. From West Brom’s point of view, it’s only worth the risk if Albion are a bit further down the table but still in the promotion race, but then Gayle might not be interested in joining a team where promotion isn’t nailed on. It’s hard to see this happening in January. Someone else could always come in for the former Crystal Palace man.