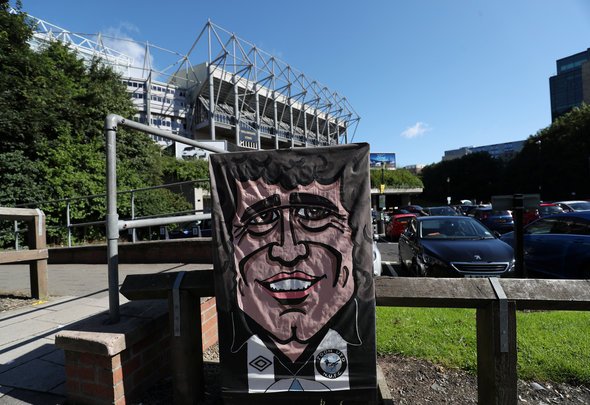 Watford manager Javi Gracia has confirmed that new signings Danny Welbeck and Ismalia Sarr are closing in on their first league starts for the club against Newcastle United.

After both starting against Coventry City in the Carabao Cup on Tuesday evening at Vicarage Road, the Spaniard revealed that both are in contention for the game at St James’ Park on Saturday.

Gracia confirmed in his pre-match press conference as quoted on the club’s official website, that he will make a decision before the game as he needs all of his players right now.

“They need time to show their best quality, their best condition, but in this moment we need all of them. We will see and decide if they start or play some minutes.”

Newcastle picked up their first points of the season in a 1-0 win over Spurs last time out, whereas Watford are the only team yet to post a point on the board in the Premier League, losing all three of their opening fixtures.

If both Welbeck and Sarr start in the game on Saturday, it would give Watford a whole new attacking dimension for Newcastle to think about and stop at the same time. Going into the game against the only side who haven’t picked up a point so far, many Magpies’ fans will surely be licking their lips over the potential of an easy three points on Saturday. Welbeck is a proven Premier League forward and will cause most defences problems on his day, but has struggled for consistent game time due to injuries in previous years – not scoring more than five goals in a single season since 2014. Sarr, on the other hand, possesses lightning pace, and Newcastle will need to be on their toes should he start. The Senegalese international was involved in 14 goals last season, and averaged 1.5 shots on goal per game as well as completing 1.8 dribbles on average, according to WhoScored. Newcastle will need to be ready for all challenges, but the added prospect of facing two new attacking players could lead to a slight tactical change, and Steve Bruce will need to adapt quickly if so.