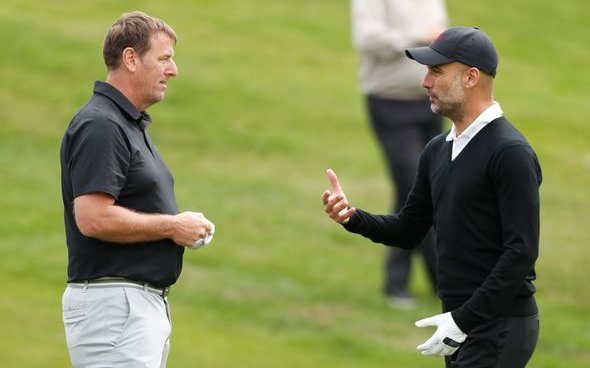 The Sky Sports pundit revealed he thinks the Hornets will secure their first league win of the season at the expense of the Magpies during his predictions for Sky Sports’ Super 6.

Newcastle and Watford last met in January in the FA Cup fourth round at St James Park, with the Hornets winning that clash 2-0 in order to eliminate the Magpies from the prestigious cup tournament.

Watford’s last memory of St James Park is a good one, so it’s not like you can rule out the possibility of them racking up an away win on Saturday. However, during that FA Cup clash, Rafa Benitez fielded a weakened side, the likes of Freddie Woodman, Joselu and Ciaran Clark all started, so the result may have been misleading. It’s also worth noting that Watford have got off to a terrible start this season. The Hornets lost 3-0 to Brighton on the opening day of the season, lost to Everton 1-0 and were swept aside by West Ham last Saturday as the London club secured a 3-1 victory to get their first league win of their 2019/20 campaign. While the Hornets did taste success in mid-week, they beat Coventry 3-0 in the League Cup, they may not necessarily have turned a corner. Steve Bruce’s side surprised everyone when they beat Tottenham 1-0 last Sunday, and you feel the momentum from that win should see them able to heap more misery on Watford.