Austin could be available on loan 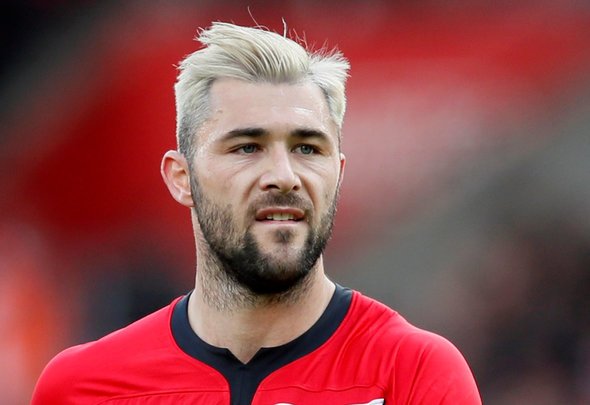 Newcastle United are surely tempted to rev up their reported pursuit of Southampton attacker Charlie Austin after talkSPORT journalist Alex Crook claimed the forward was available to loan.

The Chronicle previously reported that Austin had been offered to the Magpies at a knockdown rate as he has only one year left on his deal, while Sky Sports claimed Steve Bruce was set to decide whether to push ahead with a move as he was on the list of potential targets suggested to him.

Both reports imply that any potential Newcastle deal for Austin would have to be on a permanent basis, but Crook’s update on the Saints forward’s future implies the Magpies could snatch him on a temporary basis.

“Southampton haven’t released their Premier League squad yet or their squad numbers but I’m not expecting Mario Lemina or Charlie Austin to be given a squad number for the new season,” said Crook on talkSPORT (11:39am, Tuesday, August 6th).

“What this means for Austin is if he is going out it will be a loan move, but he is happy to sit on his money for another year, so you could have a player there on big money who isn’t even in the Premier League squad.”

While Austin being happy to stay at Southampton without playing just so he can keep collecting his weekly wages is a red flag, Newcastle are surely tempted to rev up their pursuit of the forward as being able to loan him, makes Austin a more appealing signing to make.

After all, the 30-year-old had a terrible 2018/19 campaign as he scored only three goals in 27 outings, with two of his goals coming in the Premier League, and he only averaged a goal every 330 minutes. (Source: BBC)

Austin also has an unnerving injury record as he has had three separate hamstring injuries over the course of his career, which when added together have kept him out nearly 250 days, and he did have a shoulder issue in his 2016/17 season which saw him miss 147 days of action. (Source: Transfermarkt)

Yet these issues become less of a risk when you consider a loan deal could be reached rather than the Magpies having to take him on permanently.

If Austin gets injured then the loan could be cut short and he could be sent back, while his recent goalscoring form could be more ignored as with it being a loan deal Bruce can risk that the 30-year-old will get back to his best.

Austin scored 18 goals in 35 league outings in his 2014/15 campaign and showed that he could be clinical in the Premier League so if he could get back up to that standard then he could be a shrewd signing.