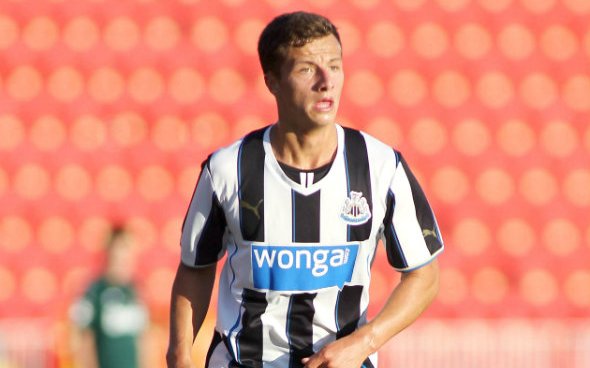 Jamie Sterry is someone whose career at Newcastle United has completely failed to take off and amid reported interest from clubs in Scotland, the right-back should really be trying to force his way out of St James’ Park.

According to the Chronicle, the 23-year-old is attracting attention from north of the border but there is yet to be a deal struck between Newcastle and any of his potential suitors.

Sterry is someone who has been on the books at St James’ Park for a very long time after rising through the ranks of their academy and bagging himself a professional deal in 2015.

However since then, Sterry’s story has been one of Under-23s football and disappointing loan spells.

Even though most 23-year-olds – Sterry turns 24 in November – are usually settled down in first-team football somewhere, the Newcastle-born right-back has only ever made one first-team appearance for the Magpies and a total of 30 appearances when out on loan.

Last season saw Sterry play just once while on loan at League Two side Crewe and even then, he was played out of his natural position at left-back.

Sterry needs to quit Newcastle and a move to Scotland could be just what he needs to revive what is a career that isn’t even stalling, it simply hasn’t even started.

Scotland’s transfer window shuts on Monday September 2, so that is the date that Sterry needs to look at and aim to find a new club by.

The defender’s contract at St James’ Park expires at the end of the season but he simply cannot waste one more year in the Tyneside club’s Under-23s otherwise it could leave him playing for absolute nobodies in the future.