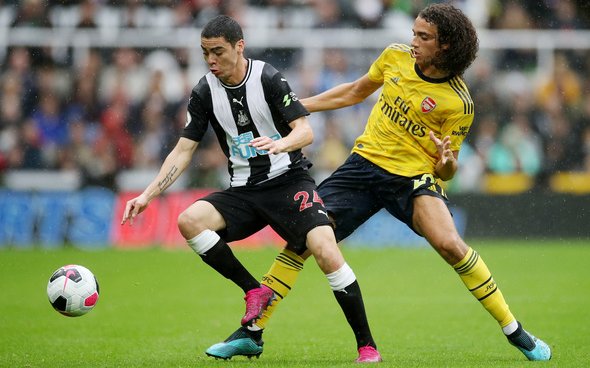 Graeme Souness has questioned whether Miguel Almiron has enough ability to compete at a Premier League level.

The Paraguayan ace has still yet to score or register assist for the Toon Army, despite Sunday’s 1-0 win over Tottenham being his 13th match in black and white.

And Souness is less than impressed with him.

“He’s lightning quick, but that’s just not enough for this level. You have to have ability to go with that pace.

“Right now, at 25, is he going to learn to have a football brain? Big question mark. I’m not sure.”

This might seem harsh from Souness, but you can understand where he is coming from. Almiron is a real talent, but he also flatters to deceive sometimes. There are numerous occasions when he looks a lot livelier and busier than he might actually be, tearing around the field without actually producing much  in the way of end product. That stat about his lack of goals or assists in England is starting to look a bit damning, and it has to change soon. To be fair, it’s easy to envisage a situation whereby the floodgates just open, where one goal leads to an avalanche, but right now that looks some way off. Over the first three games of the new season he has averaged just one successful dribble and 0.3 key passes per match, as per Whoscored. That’s not good enough, and he will know it. There is a player in their somewhere, and the sooner he is found the better.