Shearer names Dummett in team of the week

The Welsh international was instrumental in the Magpies’ 1-0 win over Tottenham on Sunday, a result that saw them pick up their first points of the season under new boss Steve Bruce.

And Shearer also saw fit to name Bruce as his manager of the week. 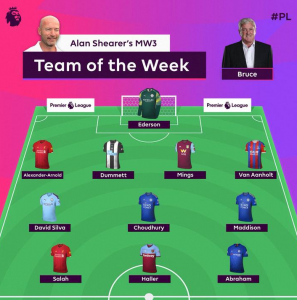 Dummett was fantastic on Sunday, and fully deserving of Shearer’s praise. The 27-year-old was a colossus at the back for the Magpies in a result that has vastly changed the complexion of their early season form. Three defeats in a row would have really piled the pressure on Steve Bruce, but three points from nine, when two of those matches were against top six sides from last season, doesn’t actually look too bad. As for Dummett, he has averaged 2.3 tackles and 6.3 clearances over the course of his first three matches this term, as per Whoscored, and if he can keep up that kind of form throughout the campaign then he will become a vital player for Bruce’s side. If they are to avoid the drop, you fancy that there could be fair bit of defending for them to get through between now and May.