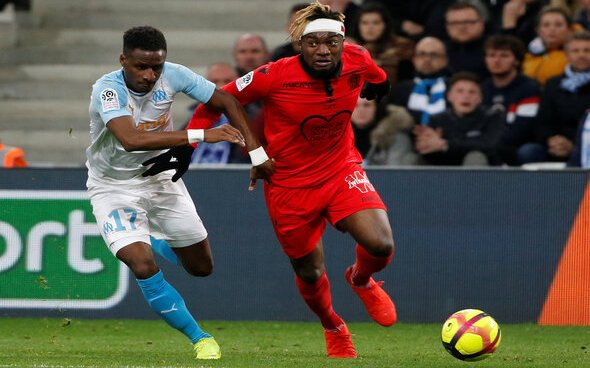 Allan Saint-Maximin is on the verge of joining Newcastle United on a long-term deal, according to RMC journalist Loic Tanzi.

The reporter claimed via his personal Twitter account on Thursday afternoon that Saint-Maximin, 22, is set to sign a six-year contract with the Magpies after a £16.4million-plus transfer was agreed with OGC Nice.

Saint-Maximin now looks set to become Newcastle’s second major signing of the summer after centre-forward Joelinton was signed from Hoffenheim last month in a club-record deal.

Saint-Maximin and Joelinton are two decent players but it remains to be seen how they will adapt to life in the Premier League. Hopefully they will do well but fans need to be patient if they do not take to English football like a duck to water. Newcastle cannot stop their transfer business once they have snapped up Saint-Maximin. Although he will be a good addition to Steve Bruce’s attack, there are still issues in other areas of the squad, most notably at full-back and in the centre of the midfield. Newcastle do have numbers in those positions but they really lack quality and strength in depth. It would be a mistake if Bruce didn’t sign a new right-back and left-back to improve on his current options while a central midfield wouldn’t go amiss either. Sean Longstaff has been linked with Manchester United for most of the summer. Hopefully he does not go but a replacement will definitely be needed if he does. Another striker should also be signed by Bruce if he has enough money to spend.