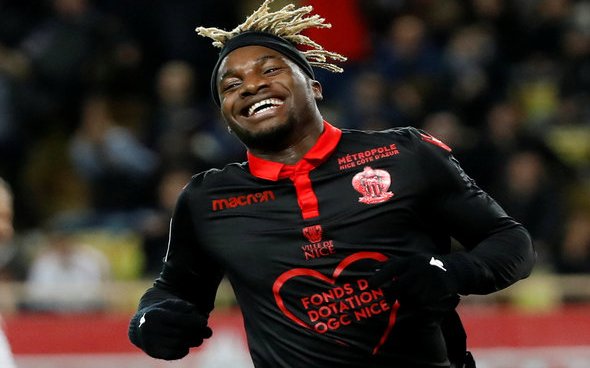 Allan Saint-Maximin has sent a Twitter message to Newcastle United fans after completing his move to St James’ Park on Friday.

The French winger joined the Magpies from OGC Nice and put pen-to-paper on a six-year-deal in the North East after the Chronicle reported that Newcastle had agreed to a £16.5million fee.

Saint-Maximin responded to the move by sending a message on his personal Twitter account, claiming he is proud to be a part of the Toon army. 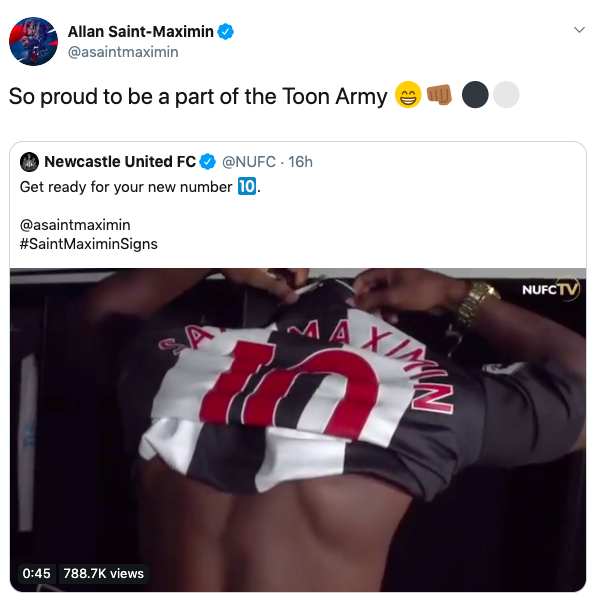 The 22-year-old became Steve Bruce’s third signing at St James’ Park, following Joelinton and Jetro Willems through the door during his first pre-season in charge.

This is an exciting piece of business by Newcastle, especially for the reported cheap price of the deal – with Saint-Maximin surely ready to prove his worth after a somewhat underwhelming spell under Patrick Vieira. The 22-year-old has terrifying pace and is surely set to frighten any defender he comes up against in the Premier League next season – the problem with his game comes with his conversions. Saint-Maximin only scored six and assisted three goals last season, playing across the front-three and Newcastle are in a position where they could be heavily reliant on him and their other new forward Joelinton. The forward knows what he is coming into at St James’ Park and in his first interview with the club he references how he is thankful for the opportunity and that he is ready to put in more work than the club have faith in him – something which proves he is really set to make an impact on the North East.