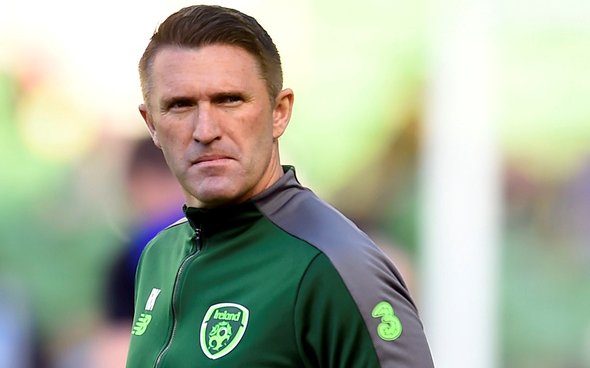 Robbie Keane was impressed with a “brilliant” performance by Christian Atsu as he came off the bench to help Newcastle United win 1-0 against Tottenham in the capital on Sunday afternoon.

Allan Saint-Maximin suffered what appeared to be a hamstring injury in the first half of the match, which led to Steve Bruce calling on Atsu to replace the Frenchman in the Magpies attack.

It did not take long for the Ghana international to have a big impact as 10 minutes after his introduction he supplied the assist for Joelinton’s goal.

Speaking on Sky Sports Premier League [06:43pm] after the shock win for Newcastle, former Tottenham striker Keane revealed that he was blown away by Atsu’s performance.

“I thought he was brilliant,” said Keane. “He wasn’t scared to get at people, he’s very, very confident in possession.

“Great first touch here, this sets up the goal.”

Atsu made such a huge difference for Newcastle after he came off the bench. Saint-Maximin did not look right after a few minutes and it all made sense once he broke down with an injury after 16 minutes, which led to him being replace by the former Chelsea attacker. Atsu bossed the game from then on in. According to stats by WhoScored, the 27-year-old completed two dribbles, won two aerial duels, made one tackle and completed three key passes – a stat which was not bettered by any player on the pitch. Atsu was Newcastle’s danger man and Tottenham had no answers on how to deal with him as the Magpies took advantage to make good chances in each rare attack they had. Maybe it is time for Bruce to give Atsu more of a chance to shine. The £30,000-a-week [Spotrac] player had not even made the bench this season until the trip to Tottenham. It is certainly something for Bruce to think about this week.