Ritchie out with hamstring problem 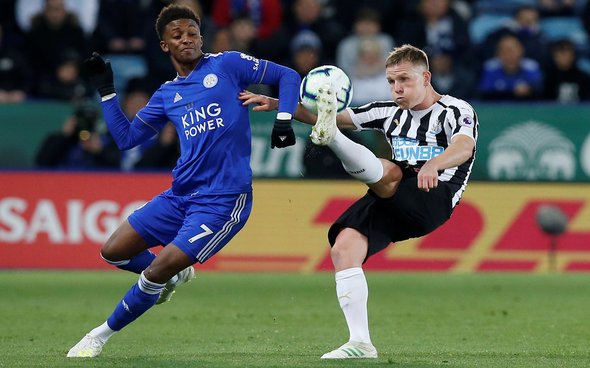 Matt Ritchie did not feature in Newcastle United’s friendly against St. Etienne on Saturday due to a hamstring injury, according to Chronicle journalist Lee Ryder.

The Scottish international watched from the stands as his teammates saw off their French visitors in a 2-1 win, thanks to a goal from Joelinton on his home debut.

And Ritchie had to settle for a spectator’s role after being ruled out by a complaint that he picked up in the 3-1 victory over Hibernian on Tuesday.

Ritchie will no doubt be frustrated that he couldn’t feature on Saturday, but in the grand scheme of things, it shouldn’t matter too much as long as he is fit enough to face Arsenal next weekend. The Scottish international established himself as one of the most important and unsung heroes of Rafa Benitez’s tenure on Tyneside, and he will be hoping to keep that reputation going under the new manager too. Ritchie averaged 1.9 tackles per match last season, and was dribbled past just 0.8 times per game too [Whoscored] as he transformed himself from a flying winger into a marauding wing-back. The Magpies have brought in Jetro Willems from Eintracht Frankfurt, but you would still think that there is a place for Ritchie somewhere in the starting lineup, provided he can maintain his fitness. Hopefully this hamstring issue isn’t a recurring problem because losing him for a significant portion of the season would be a real blow for the Toon Army.