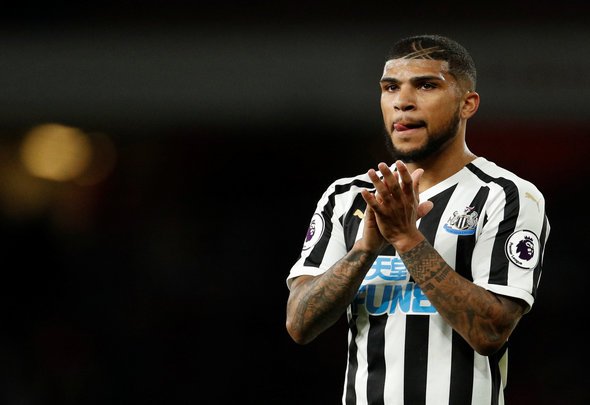 Crystal Palace could make a last ditch effort to snap up Newcastle United full-back DeAndre Yedlin, according to the Chronicle (14.16).

The Magpies need to offload players before the transfer window shuts at 5pm, or face the risk of leaving first team talents out of their 25 man Premier League squad.

And the local outlet has suggested that £30,000-a-week [Spotrac] Yedlin is attracting interest from the Eagles.

To be fair, this one makes a lot of sense. The Toon Army have wrapped up a deal for Swedish defender Emil Krafth, as confirmed by the club themselves, and that would leave them with three right-backs, including Javier Manquillo. As a result, it would be a smart idea to move one on, especially with that 25 man squad limit looming over them. Yedlin is a decent enough player, but chances are he wouldn’t be missed too greatly. The American averaged a pass completion rate of just 71.9% last season, as per Whoscored, as well as just 0.3 successful dribbles per match. For an attack-minded wing-back with the pace he possesses, those stats are disappointing to say the least, and if they can move him on, bring in a tidy little fee, and ease their personnel worries, then it can only be a positive thing.