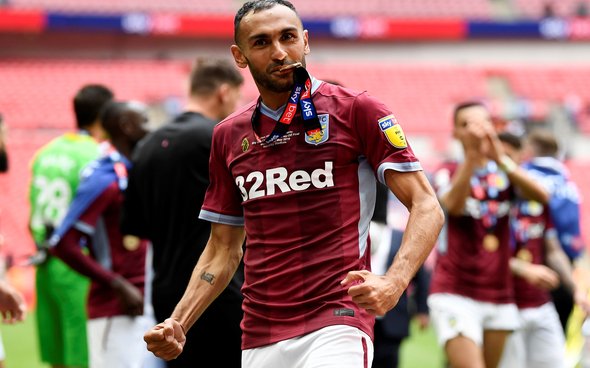 Newcastle United are not currently in the hunt to sign Aston Villa defender Ahmed Elmohamady, according to journalist Saj Chowdhury.

The Egyptian international was linked with a move to the Magpies by the Sun, who claimed that Steve Bruce was willing to fight the hierarchy at St James’ Park to complete a move for the 31-year-old.

BBC journalist, Chowdhury rubbished the links on his personal Twitter account on Sunday, simply reporting that there is no “Elmohamady to Newcastle.”

There is currently no 'Elmohamady to Newcastle'.

The Newcastle transfer team were suggested to have been hunting the market for younger options, but Bruce preferred a reunion with Elmohamady who played under the Magpies boss at Hull and Aston Villa.

All Newcastle fans will be surely breathing a sigh of relief, with Elmohamady the opposite of what the Magpies need right now going into the start of the Premier League season next week. At 31-years-old, the Egyptian struggled for consistent form in the Championship last season, with his defensive attributes seeing him be exploited when deployed as a right-back. The ageing full-back also struggled to get forward effectively which saw his attacking worth to Dean Smith’s side significantly lower. New Villa signings in defence will also most likely mean that he will not make much of an impact at Villa Park, which is a big hint to suggest that even his current club don’t believe he is good enough to make the step up once again. Defensively, the 31-year-old only averaged a single tackle per game, as well as 0.1 blocks [WhoScored] meaning that he was beaten regularly and also didn’t manage to prevent balls into the box, which could see the Magpies become much more vulnerable at the back. Newcastle would surely dodge a bullet should they stop their reported pursuit of Elmohamady.