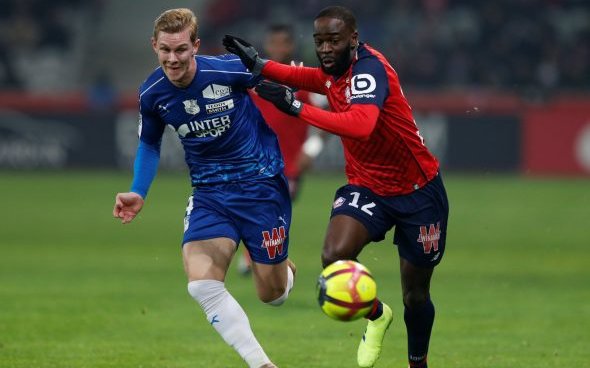 Newcastle United remain interested in Amiens right back Emil Krafth, despite having a bid rejected last week, according to The Chronicle.

The newspaper claims that new head coach Steve Bruce remains convinced he needs an upgrade on the right hand side of the defence, despite the pleasant surprise of Javier Manquillo’s pre season form.

The Magpies bid £4.5million for the Sweden international, but saw their opening foray turned down by the French side, presumably meaning they’ll now have to go higher with their offer.

However, Bruce has admitted that some players are going to be left disappointed when he names his 25-man squad for the new Premier League season.

Bruce seems to be very clear on where he wants to upgrade his Newcastle squad. It’s obvious that he came in and thought ‘right, I need a new attacker’ and thus bought Joelinton. Some more creativity was required: here’s Allan Saint-Maximin. Left back help? What about Jetro Willems on loan? Like him or not, Bruce’s appointment has seen the Magpies’ stalled recruitment drive shift into high gear, but it doesn’t look like they’re done just yet. Krafth is obviously a man the club want and he’s certainly someone who plays in a position of need. Neither Manquillo nor DeAndre Yedlin blew anyone away with their form last season, although the Spaniard remains perpetually underrated. Krafth would come in and likely be an upgrade on both men, and so this is a deal that makes a lot of sense for everyone involved. Having said that, he’d be another new recruit which would likely shift another fringe player away from the 25-man squad.