Steve Bruce is predicted to name an unchanged line-up for Newcastle United’s clash against Norwich at Carrow Road on Saturday afternoon.

Although the Magpies lost 1-0 in their opening game of the Premier League season against Arsenal last week, there were plenty of positives to take away from the game and there’s a good chance that Bruce will show some consistency in his selection.

Jonjo Shelvey picked up a knock in that game but according to the Chronicle, he should be fit to start at Norwich and while Allan Saint-Maximin made an impact off the bench in the second half against the Gunners, The Athletic journalist Chris Waugh does not expect the £16million summer signing to start. 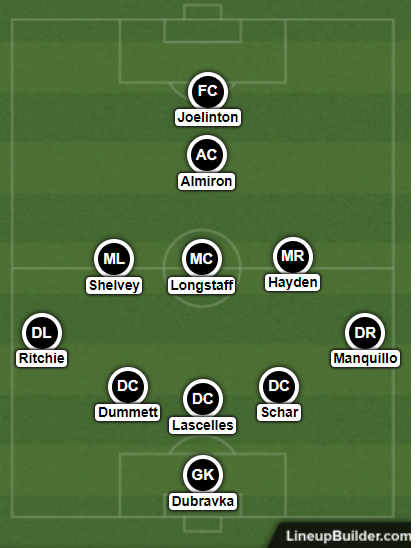 Martin Dubravka is Newcastle’s number one goalkeeper and is expected to start behind an unchanged back-three of Fabian Schar, Jamaal Lascelles and Paul Dummett.

Matt Ritchie and Javier Manquillo could keep hold of their spots at wing-back, especially after Jetro Willems’ poor debut when he came off the bench against Arsenal last week.

Shelvey, Sean Longstaff and Isaac Hayden, who was arguably Newcastle’s best player on Sunday, are predicted to make up Bruce’s three-man midfield while Miguel Almiron could stay in the side to support Joelinton up front.