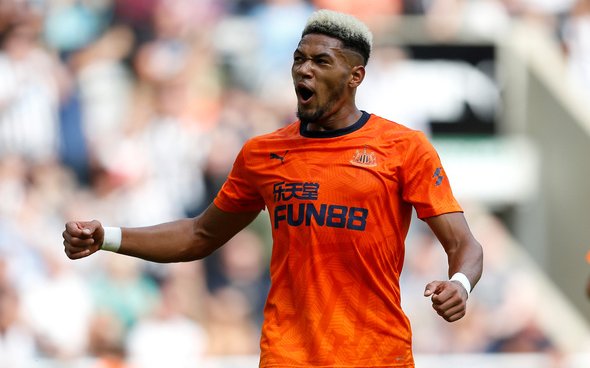 Summer signings Jetro Willems, Allan Saint-Maximin and Joelinton are all expected to earn their competitive Newcastle United debuts in the Premier League opener against Arsenal at St James’ Park on Sunday.

It will also be Steve Bruce’s first match in charge of the Magpies after replacing Rafa Benitez at the helm over the course of the summer.

Bruce is likely to line-up with a similar five-at-the-back formation that he used in the most recent pre-season friendly when Newcastle won 2-1 against Saint-Etienne.

However Jetro Willems could come in for his first start as the left-sided wing-back while Saint-Maximin could join Miguel Almiron and club-record signing Joelinton in the attack. 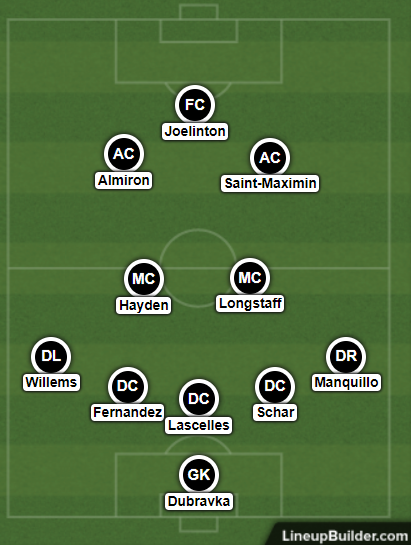 Martin Dubravka started every Premier League fixture for Newcastle last season and is highly likely to keep hold of the number one spot under Bruce’s charge this season.

Emil Krafth was snapped up from Ameisn on deadline day but Saturday’s game against Arsenal might come too soon for him to get into the starting line-up.

The Sweden international may be in the squad, but fans should expect Javier Manquillo to start as the right-sided wing-back, with Willems on the opposite side of the defence.

Fabian Schar, captain Jamaal Lacelles and Federico Fernandez were the three centre-backs that Bruce named to start against Saint-Etienne and that suggests that those are the three that he will go with against the Gunners.

Isaac Hayden and Sean Longstaff were arguably the two most-impressive central midfielders that Newcastle had last season and again, they both started in the win over Saint-Etienne so are likely to remain in the side.

In the attack, it would be a shock if Bruce did not choose Almiron and Saint-Maximin to support centre-forward Joelinton, who scored in that 2-1 win against the French club last week.

While most Newcastle fans will concern themselves with the planned boycott of St James’ Park this weekend, there’s a good chance that this could be the starting 11 that are on the teamsheet for Arsenal’s visit to the North-East.