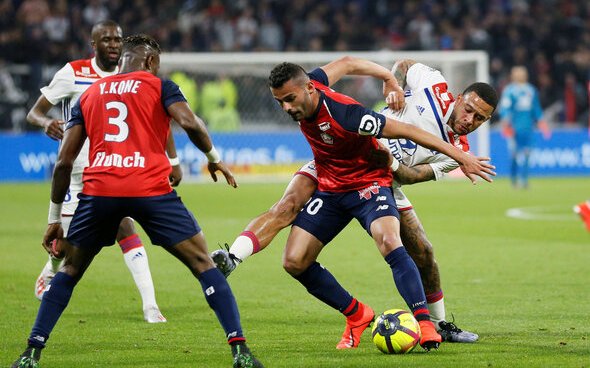 Newcastle United have made an offer to sign Lille midfielder Thiago Maia on loan, according to Le10Sport.

The French news outlet claims that Maia, 22, will make a decision on his future over the next 24 hours after receiving transfer offers from both Newcastle and Genoa, who have made a bid to sign the Brazilian on a permanent basis.

It is understood that even though the Magpies have offered to sign the defensive midfielder on loan, they have offered him the chance to earn more money at St James’ Park then he would if he joined Serie A side Genoa.

If Newcastle are pushing this hard to sign Maia, does that mean that Isaac Hayden is on his way out of St James’ Park? Hayden has made noises about wanting to leave but has still acted in the most professional way possible at the Tyneside club. However even if he is playing well and wants to move on, is there anything the club can do? Maia wouldn’t be a bad replacement but there have to be concerns over the fact he started just 11 Ligue 1 fixtures last season for Lille. Maia was a highly-rated young Brazilian during his time at Santos but seems to have gone backwards over the last 12 months. Maia wasn’t injured last term, he just seem to drop down the pecking order. It must have been the right decision too because Lille finished as runners-up to Paris Saint-Germain in Ligue 1 and will play in the Champions League this season.