Newcastle in for Amadou 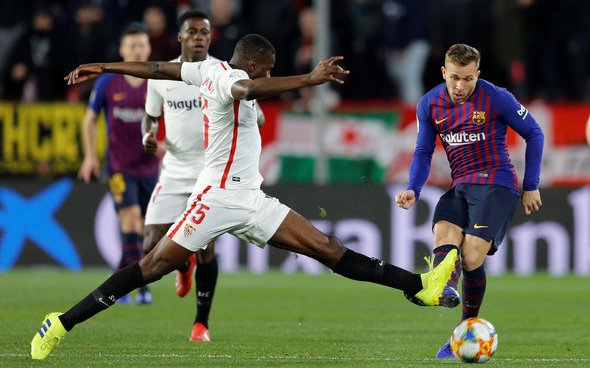 Newcastle United have joined the race to sign Sevilla midfielder Ibrahim Amadou, according to Estadio Deportivo.

The Spanish outlet claim that French club Saint-Etienne currently lead the race for the 26-year-old but are struggling to meet the valuation set by Sevilla.

Estadio Deportivo report that Newcastle have joined the hunt alongside Getafe and an unnamed German club, with all of the clubs interested in the 6ft versatile midfielder [Transfermarkt] who can also play in the heart of defence.

Amadou only joined Sevilla in 2018 from Lille for a fee of £13.1million but struggled to make any sort of impact at the Ramon Sanchez-Pizjuan Stadium, making 17 La Liga appearances.

As the transfer window draws to a close in the next couple of weeks, it comes as no surprise to see Newcastle scrambling for signings after the appointment of Steve Bruce. Amadou could be a smart piece of business by the Magpies, with the Frenchman able to play both in the heart of midfield as well as central defence, two areas where he could be used as a utility squad player. The 26-year-old could be available cheaper than the £13.1million paid by Sevilla after failing to impress in his first year in Spain. Physically, Amadou is very strong on and off the ball, averaging 1.6 tackles and 1.4 clearances per game. The versatile midfielder was also dribbled past few times, an impressive 0.4 times per game, which would average him being beaten once in just under three games [Source: WhoScored]. With the Daily Mail reporting that Bruce is preparing new deals for midfielders Isaac Hayden, Jonjo Shelvey, and Sean Longstaff it is surely unlikely that he will be in the market for another holding midfielder – with their depth looking good enough for now.