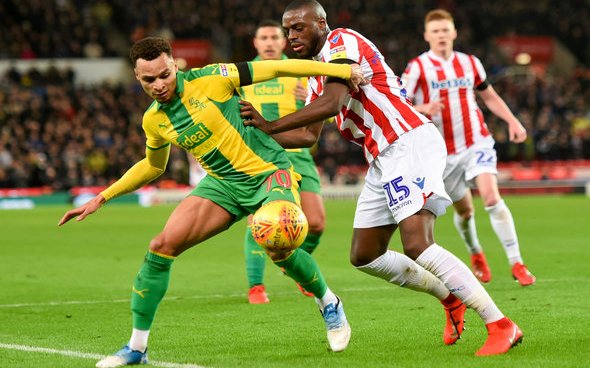 You always have to be careful when selecting loan moves for young players and, after a six month spell with West Bromwich Albion last season, Newcastle United have another big decision to make with winger Jacob Murphy.

The Northern Echo reported on Wednesday that four Championship teams have approached the Magpies expressing an interest in taking the youngster on loan for the campaign.

Those teams are said to be Fulham, Derby County, Huddersfield Town and Sheffield Wednesday, while Football Insider claim that it’s the latter who are in pole position at the moment and confident of getting a deal done.

Whatever the state of play is at this precise moment in time, Newcastle need to be very careful about which team they pick to send the Englishman to. At 24 years of age this is a crucial spell for him, with this temporary stint away from the club probably deciding whether he has a future on Tyneside or not.

Murphy is a talent, there’s no disputing that and it’s the reason he was brought to St James’ Park from Norwich City in the first place. However, it’s indisputable that he’s since failed to kick on in a black and white shirt.

When you look at his performances for Newcastle over the first half of last season in comparison to his form for West Brom in the second half, it’s clear that he is a second tier player at the moment.

As per WhoScored.com, Murphy posted higher tallies in the majority of major offensive statistical categories while with the Baggies, only failing to do so in the number of times he was offside, dispossessed and had an unsuccessful touch of the ball.

It’s clear that he is braver and more positive on the ball when playing in the Championship, while also being more productive, and that’s what he needs right now to rediscover his mojo.

However, a promotion contender, like West Brom were last campaign, is the wrong step for him. That should rule out Fulham and Derby, leaving two clubs to choose from.

Neither Huddersfield nor Wednesday are probably going to be quite there for a return to the Premier League just yet, which is the ideal, less-pressurised environment in which Murphy could thrive.

It’s a big decision for Newcastle to make, and it could make or break Murphy’s career with the club. 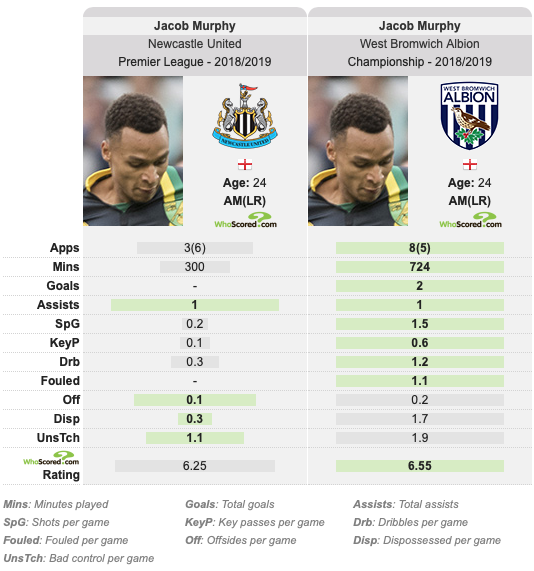