Newcastle have bid accepted for Sabaly 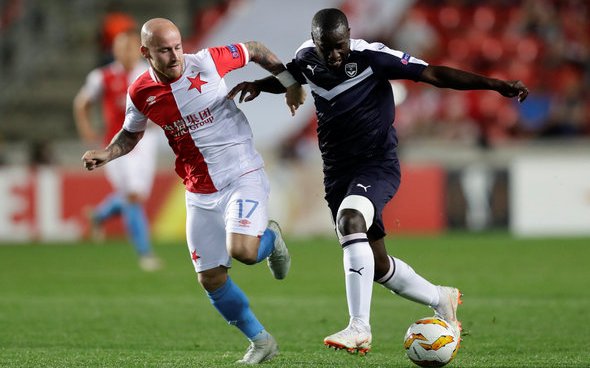 Newcastle United and their Premier League rivals Watford have both had bids rejected for versatile Bordeaux full back Youssouf Sabaly, according to Soccer Link.

The French outlet claims that the Magpies have been successful with an approach for the Senegal international, who is nominally a right back but can also play on the opposite flank.

It is now up to the 26-year-old to decide which top flight outfit he chooses to represent, having just returned to France from a post-African Cup of Nations holiday. 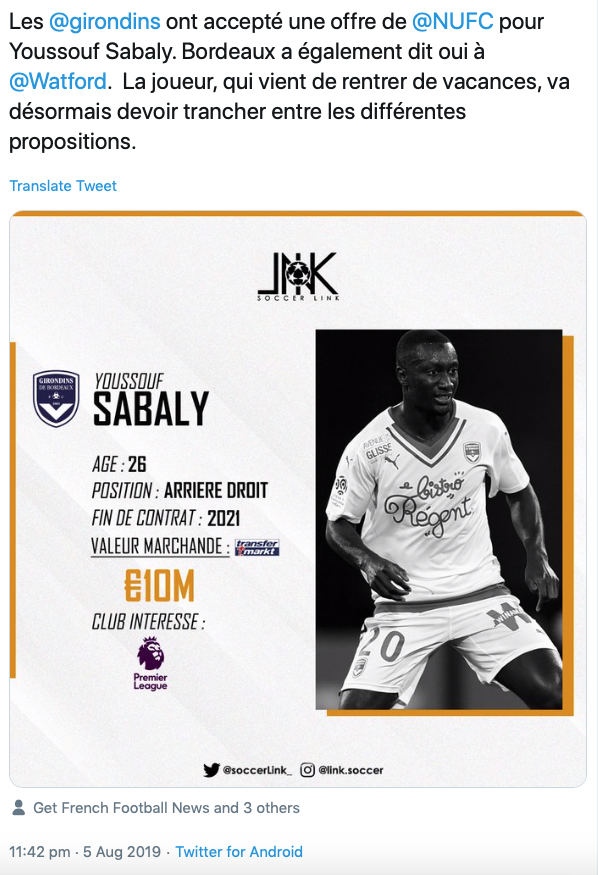 Sabaly would be an ideal signing for Newcastle. He is a terrific right back, which is a position of need for the Magpies after the respective struggles of DeAndre Yedlin and Javier Manquillo last season. When you look at the statistics, it’s clear that the Senegal international is an upgrade on Yedlin, and probably on Manquillo, as well. As per WhoScored.com, the Bordeaux star averaged more tackles and interceptions per game, while drawing the most offsides per outing. His WhoScored rating, as well, is superior to both Newcastle players. The problem for the Magpies, now, is that Watford are also in the hunt for Sabaly and represent a much more stable, upwardly-mobile Premier League outfit than Steve Bruce’s side. However, Newcastle have the advantage in having a proven track record in taking players from Ligue 1 and making them a success in England. So it’s probably a pretty even transfer battle and now it’s up to the player to decide where he goes. 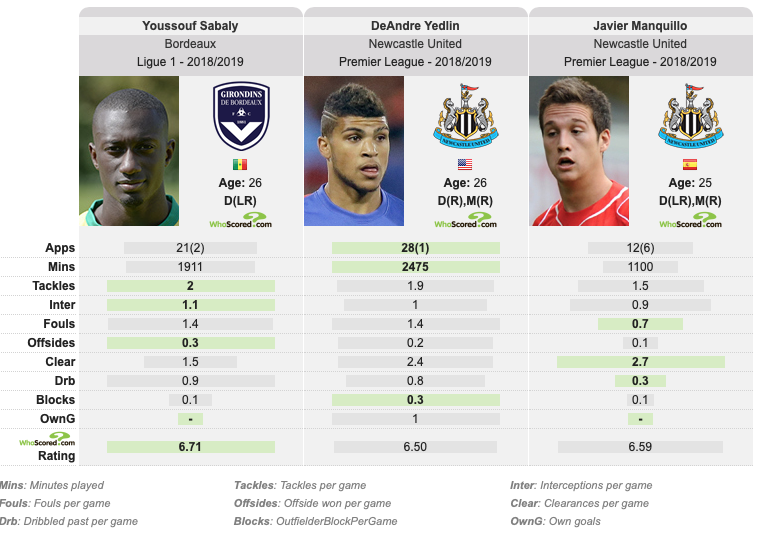