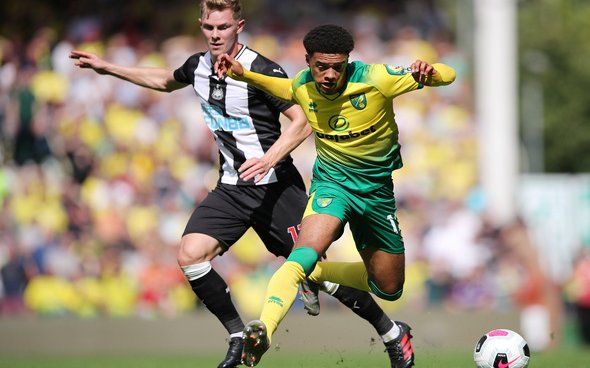 Emil Krafth’s debut for Newcastle United could have gone a lot better than it did on Saturday when Steve Bruce’s side lost 3-1 against newly-promoted Norwich, so it is not a surprise to see some fans on Twitter wanting the Swedish right-back axed and replaced by Javier Manquillo against Tottenham. Manquillo played well enough in the 1-0 defeat against Arsenal and the Spaniard was also in good form during pre-season friendlies, so it is baffling why Bruce dropped him for the trip to Carrow Road. According to stats by WhoScored, Krafth was dribbled past three times against Norwich while that only happened twice to Manquillo versus Arsenal. It seemed way to early to be starting the Sweden international and this weekend the fans are right, Manquillo should definitely come back into the starting line-up at right-back. Bruce should learn from that mistake but it wasn’t really a mistake that he should be making when it was so clear that Manquillo was in good form and Krafth still needed some time to settle in.

Manquillo back in at right wing back as well. Krafth had a shocker last weekend. Kí on the bench…maybe.

@bbcnewcastle
Krafth was responsible for 2 goals against Norwich. Was Manquillo hurt? If not, why was Manquillo not first choice? I don't understand the logic of throwing Krafth in straight away. Master tactician, that Steve Bruce. #totalsport

Krafth was shocking. Against Norwich. I trust Manquillo more. Especially against Spurs. Krafth will be eaten alive.

433 and drop Ritchie and bring in Manquillo for Krafth. The 5 at the back doesn’t seem to be working.

Agreed I’d play Manquillo against Spurs. I only seen the extended highlights of the game and thought Krafth got caught out a bit but first game in EPL would like to give him the benefit of the doubt and give him a chance