It hasn’t been the smoothest of starts to the Premier League season for Newcastle and Steve Bruce, to say the least. A trip to Carrow Road to face Norwich on Saturday would most likely have been targeted by the club as a chance to pick up their first three points of the campaign – something that didn’t look likely based on their performance. The Magpies were embarrassed by the Canaries, with Teemu Pukki scoring a hattrick as Newcastle suffered a 3-1 defeat against the newly-promoted side. Their attacking threat was non-existent throughout the game, with Miguel Almiron and Joelinton looking isolated once again and Norwich taking full advantage of Newcastle’s fragile defence. Matt Ritchie was poor on the left-hand side, with his delivery from set-pieces constantly disappointing as he failed to beat the first-man on numerous occasions. Many Newcastle fans took to Twitter to voice their opinion of Ritchie, slaughtering the Scotsman, with one fan simply calling him “useless” as he failed to make any sort of impact on the game throughout. 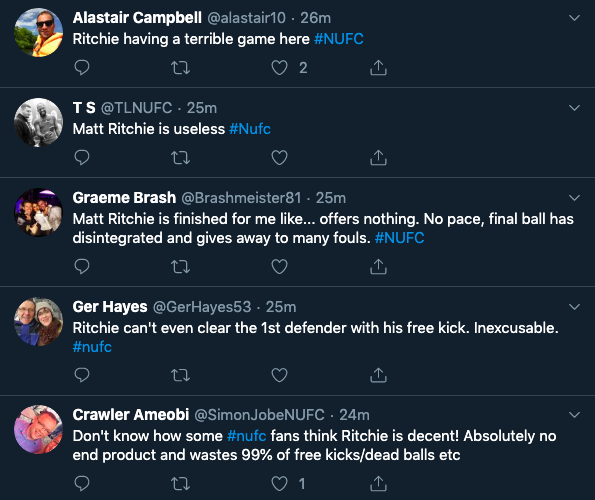 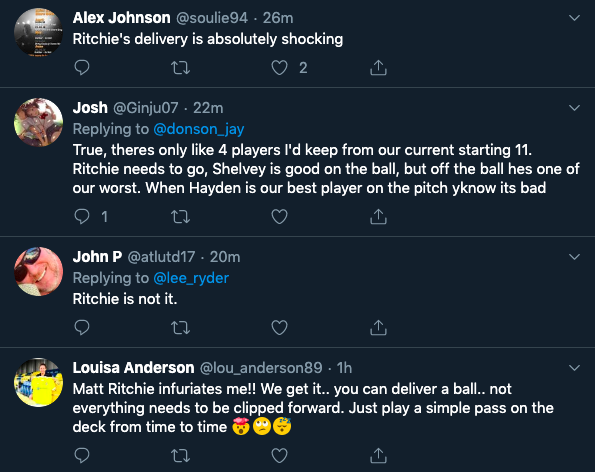