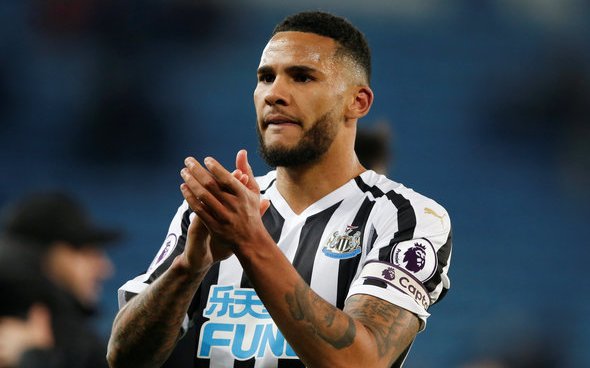 With empty seats all around St James’ Park, Newcastle United went into the new Premier League season with a slight sense of optimism after a positive pre-season under new boss Steve Bruce. The Magpies managed to keep ahold of the majority of their spine in the shape of Jamaal Lascelles, Fabian Schar, and Isaac Hayden. All three started against Arsenal and managed to keep Pierre Emerick Aubameyang quiet in the first half, but struggled after half-time and the Gabon international took advantage to give his side the lead. It was poor from Lascelles, who was caught in no man’s land on the edge of the box which allowed Aubameyang to get into acres of space to chip the ball over the onrushing Martin Dubravka. The 25-year-old captain had to stick touch tight to the Arsenal forward and failed to keep tracks of the Golden Boot award winner – something which his side paid the price for. Many Newcastle fans took to Twitter to react to their captain’s performance against Arsenal, slamming the defender for his poor contribution against the Gunners. 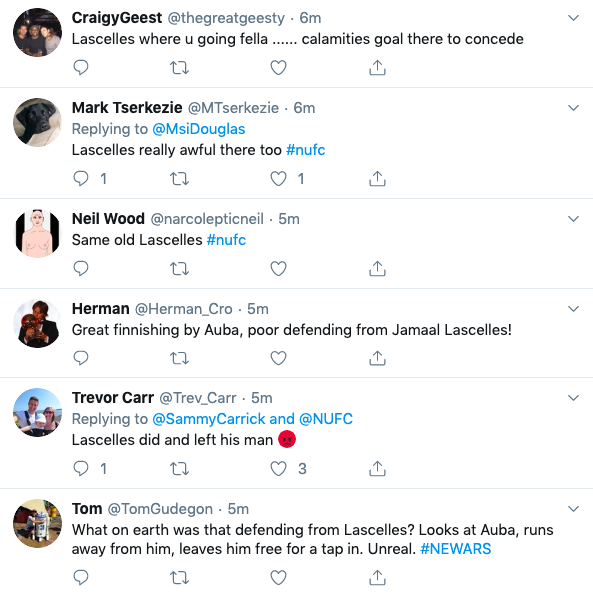