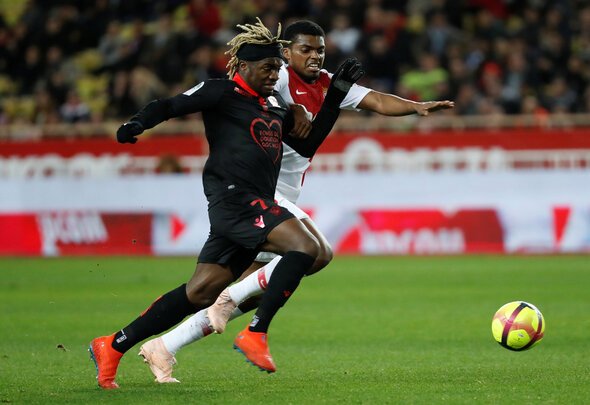 There’s nothing quite as exciting for a football fan as seeing a new signing make their bow for your club, especially when that player is as dangerous and entertaining to watch as Allan Saint-Maximin is. The Frenchman started Saturday’s 2-1 friendly win over St. Etienne on the bench, but by the end of the game everybody was talking about him. The 22-year-old made a cameo appearance towards the end of the second half, and proceeded to tear about the field like a man possessed, throwing out the odd shimmy and shake to dumbfound defenders and delight fans. Perhaps that shouldn’t be too surprising. After all, he did complete an average of 4.2 dribbles per game for Nice last season, as per Whoscored. The speed at which he took to the game at St. James’ Park was very exciting, however, and if he can kick on again and start to form some kind of understanding with Miguel Almiron and Joelinton, there could be some very exciting times around the corner for the Toon Army. Saint-Maximin did appear to be hobbling a little when he left the field at full-time, but the hope will be that it is nothing too major, and that he can out in a similarly eye-catching display against Arsenal next weekend.