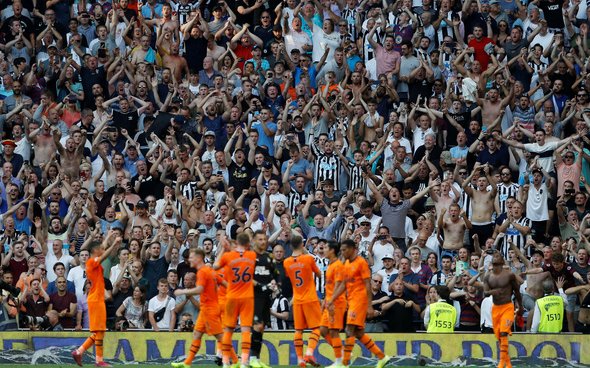 Newcastle United will go into their Carabao Cup clash against Leicester with doubts surrounding a number of their senior players. Jamaal Lascelles, Fabian Schar, Joelinton, Miguel Almiron and Christian Atsu are doubts while Allan Saint-Maximin is definitely out with a hamstring injury, according to Sky Sports journalist Keith Downie, who also added that Jonjo Shelvey is available despite originally listing him among the doubts. When that many players are suffering from knocks or injuries then that is bound to lead to a reaction from fans, but as it’s Newcastle fans we are talking about here, then it’s what you would call an overreaction. Just days after winning 1-0 at Tottenham, some supporters have put their tinfoil hats on and complained about Steve Bruce’s training methods, the club’s lack of desire to go on a cup run and one even claimed that Mike Ashley is picking the team. What a load of rubbish. All teams have injuries, loads of teams struggle in the cups and there is no way Ashley is involved in team selection. While it is fair to still have concerns about Bruce, some of this is comical.