Paul Dummett’s latest tweet via his personal Twitter account certainly seems like something he has been told to write by the club. The Newcastle United defender has had to “clarify” comments he made, as quoted by the Chronicle, after the defeat to Norwich on Saturday. Dummett admitted that something “wasn’t right” in Newcastle’s warm-up before the 3-1 defeat at Carrow Road, something which he has now had to clear up on social media. The Wales international now says that his comments were in no way about the club’s coaching staff and were solely about him and his team-mates. However some Newcastle fans simply fail to believe the defender and one even reckons that Mike Ashley himself told him to put that tweet out to stop any criticism of Steve Bruce and his coaches. While it’s unlikely Ashley is involved, someone may have told Dummett to clear up his comments because on the face of it, it does sound like he might be having a bit of a dig at everyone involved in the warm-up, coaches and players included.

Grow a pair Paul! Man up!
Bruce is out if his depth! Clueless

Charnley been on the blower?

You just ruined it man bruce out started today 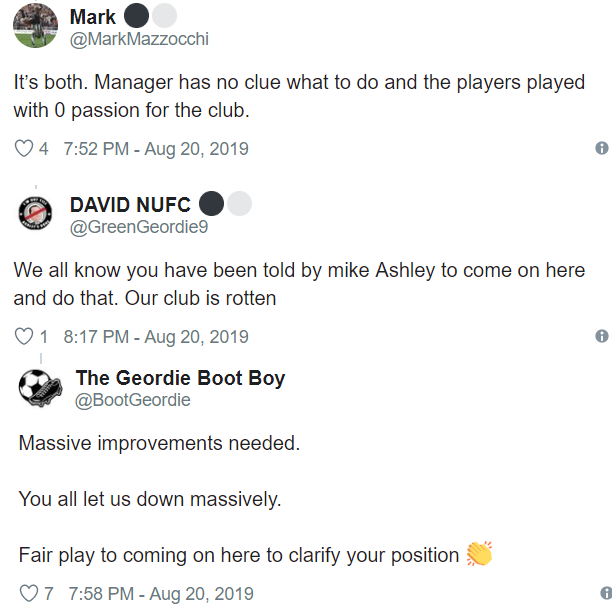