The impressive end to pre-season under new boss Steve Bruce quickly became a thing of the past on Sunday as Newcastle struggled and limped their way to a 1-0 defeat by Arsenal. The Magpies had little answers to the Gunners in the second half, with both Bruce and his team running out of ideas as the game went on. In one of the more bizarre moments in the game, the boss decided to bring on new signing Jetro Willems, who ran on to the pitch without knowing where he was playing – something that even school kids know. Daily Mail journalist Craig Hope revealed on his personal Twitter account that Bruce was bewildered by Willems after he came off the bench, and shouted “what the f*** is happening?” at the Dutchman. Many Newcastle fans took to Twitter to respond to Hope’s tweet on Bruce, with the majority absolutely baffled and questioning how the man supposedly in charge of the club had failed to lay instructions out to his substitute before entered the action. One fan went as far as to say that Bruce was an “absolute clown.”

Jetro Willems, a left-back, replaces Jonjo Shelvey and goes into central midfield, much to Steve Bruce's annoyance. "What the f*** is happening?" screams the NUFC boss, before eventually shifting Willems to left-wing back and moving Matt Ritchie infield. 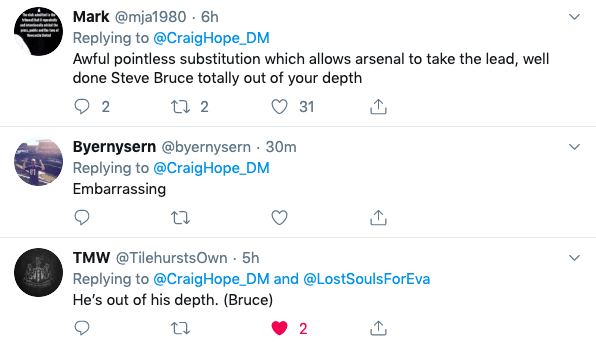 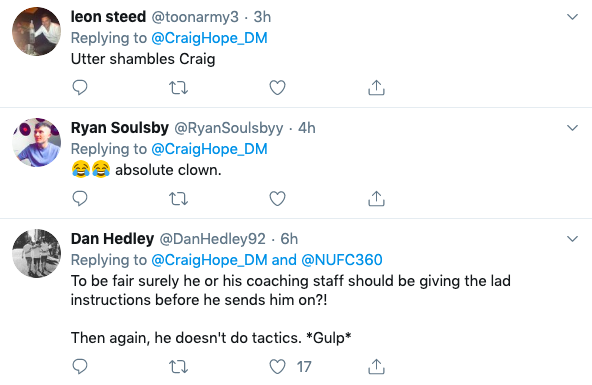 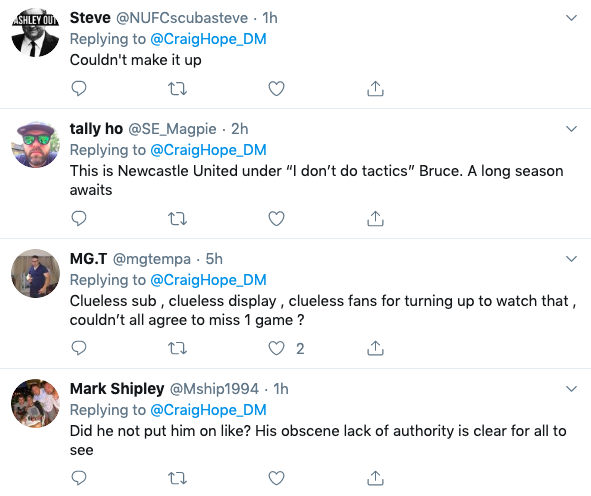