Allan Saint-Maximin is set to make his full debut for Newcastle United in their clash against Tottenham after Steve Bruce decided to start the attacker in a front-three alongside Miguel Almiron and Joelinton. It is not hard to see why so many fans on Twitter are thrilled with the Newcastle manager’s decision and even a couple have tweeted to say ‘Bruce in’ because they are so happy to see the starting line-up. Saint-Maximin has been carrying an injury the last couple of weeks but looked impressive when he came off the bench against Arsenal on the opening day. Joelinton has been very isolated so far and hopefully Saint-Maximin’s abilities can help bring the Brazilian striker into play a bit more and cause some problems for a Tottenham defence that has conceded three goals in two games. It will be tough for Newcastle to get anything out of this game, but at least the starting line-up is perhaps Bruce’s best 11 going forward.

Here’s how Newcastle United line up for this afternoon’s @premierleague clash against @SpursOfficial. #NUFC pic.twitter.com/35FMJvQKdQ 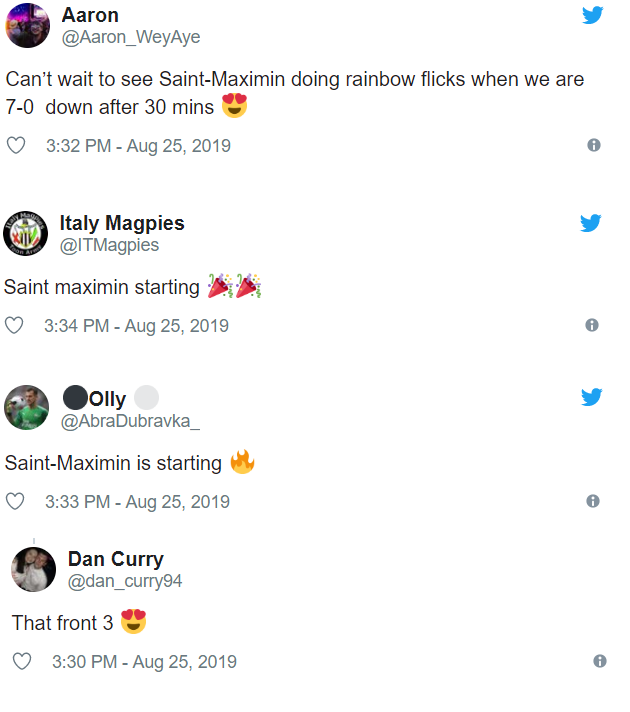