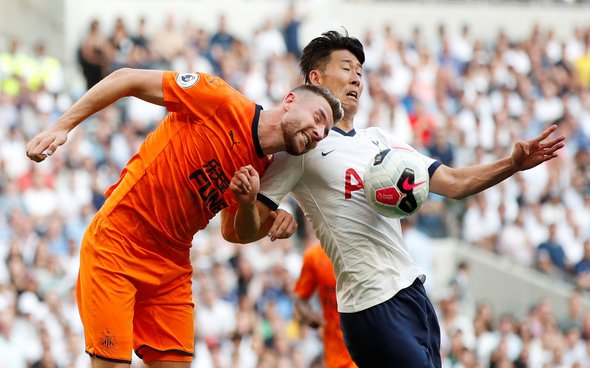 Paul Dummett was rock solid for Newcastle United in their 1-0 win against Tottenham on Sunday, so it is no surprise to see so many fans on Twitter sharing their appreciation for the Wales defender for his colossal display. Dummett was winning tackles, headers, making blocks and clearing everything that came his way to keep the Spurs attack at bay. It was a great effort by the whole of the back-line at the Tottenham Hotspur Stadium but Dummett is someone who really stood out in what was a superb afternoon for the travelling Geordies. Dummett and his team-mates need to build on this performance now. Not only were the solid in defence they also created a few dangerous chances up at the other end of the pitch and if they were playing against a worse side, they might have been able to get a couple more on the scoresheet. Dummett should be happy with that display though, because all of these fans are.

It’s Paul Dummett’s world, we’re all just living in it

Paul Dummett is so underrated

Paul dummett most underrated player in the prem

Joelinton and Atsu will get mentions, and rightly so, but Dummett has been outstanding

#nufc Dummett having a superb game so far. MOM for me so far

Dummett has been absolutely solid #nufc