Newcastle United midfielder Miguel Almiron produced another confounding first half of football against Watford at St James’ Park on Saturday, struggling to really produce the end product which has proved elusive throughout his time on Tyneside. He had a golden chance to draw the Magpies level early on after Will Hughes’ even-earlier opener for the visitors, but fluffed his lines with a horrible touch in the box which allowed Ben Foster to gather the ball up at his feet. It was a moment that demonstrated the lack of confidence in front of goal which is inherent in a player who is yet to open his account for the club. It certainly seems as if Almiron JUST needs a goal and then he’ll be away. Until that moment, we’re going to keep seeing frustrating incidents like the one early on on Saturday. He kept going to his credit, creating a decent opportunity for fellow winger Christian Atsu, but clearly concern is starting to grow amongst the supporters that the Paraguayan may be a bit of a bust. 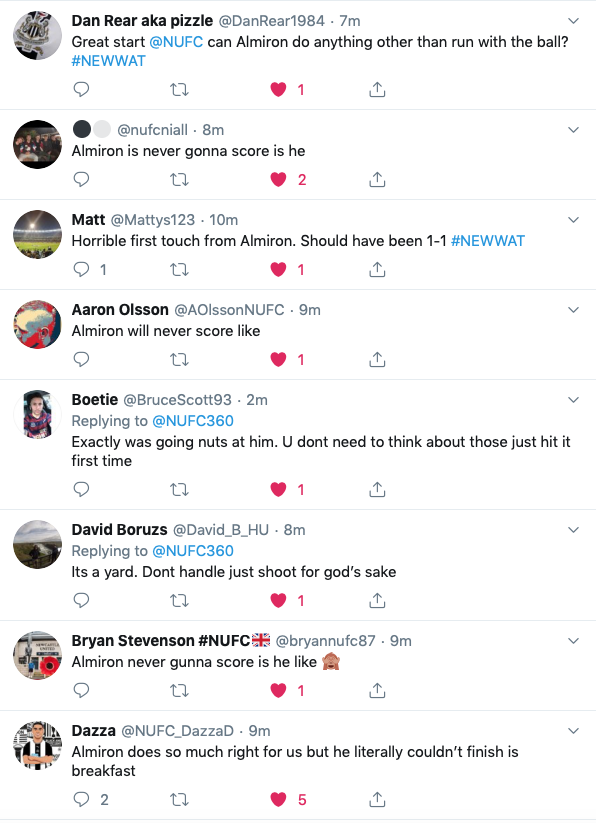