Neville: Ashley is never going to just give Newcastle away 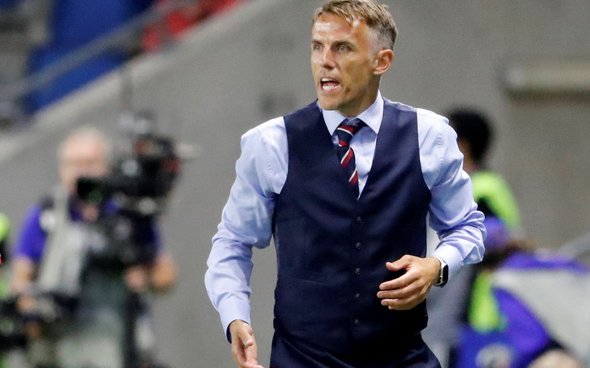 Phil Neville has claimed that Mike Ashley is never going to just give Newcastle United away and says that the fans will never be completely happy until the Sports Direct tycoon has left Tyneside for good.

A section of Newcastle fans decided to boycott the match against Arsenal on Sunday in an effort to hit Ashley in the pocket, and while plenty of supporters still attended the 1-0 defeat, it was noticeable that there were a lot of empty seats dotted around St James’ Park.

Neville believes that while Ashley is a good businessman and made the correct appointment by hiring Steve Bruce to avoid relegation this season, fans will still want the 54-year-old gone no matter what.

“I never thought that Rafa Benitez was going to stay,” said Neville on Match of the Day 2 on Sunday night [11:03pm]. “I thought that he was very clever in the way that he let his contract run out and played a really good game with the fans.

“The thing for me is that I don’t think these fans will ever be happy until Mike Ashley leaves this club and you know what, Mike Ashley is not going to just give this club away, he’s a really good, successful businessman.

“He has spent some money this summer and I definitely think they have the right man to keep Newcastle in the league.”

Talk about stating the obvious. Newcastle fans have already seen a couple of takeover efforts hit the skids over Ashley’s lack of wanting to budge on his asking price for the Tyneside club. He is effectively a seller who is unwilling to sell unless everything – absolutely everything – is done on his terms. We have seen Amanda Staveley and Peter Kenyon both walk away from the table when negotiating with Ashley while the recent takeover talk involving Sheikh Khaled and BZG has been a complete mystery as to whether or not it even existed. Newcastle fans have constantly been sold lies and have witnessed their club descend from European regulars to relegation fodder under Ashley’s ownership. It’s time for a change but a change is unlikely to happen any time soon and as time goes on, Ashley is only going to increase his valuation of the club so long as they remain in the Premier League.