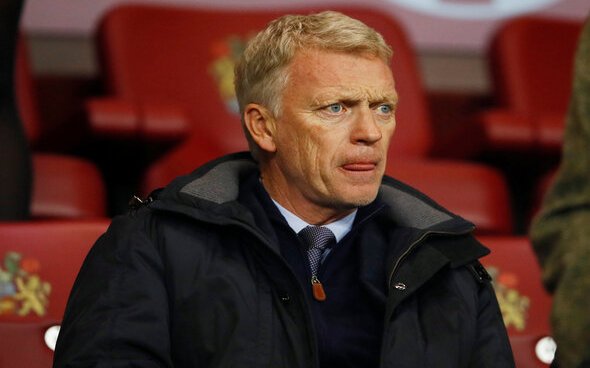 David Moyes believes that a “defensive mistake” is what cost Newcastle United in their 1-0 defeat to Arsenal at St James’ Park on Sunday.

Pierre-Emerick Aubameyang scored the only goal on a wet and miserable Tyneside after a lapse in concentration saw Jetro Willems lose out on the ball and Jamaal Lascelles fail to pick up the prolific Gunners forward as he stormed into the box.

Other than that goal, Arsenal barely threatened Newcastle’s defence and Steve Bruce’s side would have been good for a point if that moment of madness in the second half did not happen.

Ex-Everton boss Moyes believes that is the only moment that cost the Magpies any points.

“You’ve got to remember that Steve took the job very late as well, so he’s got to get the chance to bed down,” Moyes told talkSPORT on Tuesday [07:21am].

“He’s come in, they’ve brought in one or two new players as well. They’ve got to have an opportunity to do that as well.

“A defensive mistake cost them the game. I thought Steve had set his team up and they put up an admirable [effort].”

It was a very poor game by both sides on Sunday and it was just typical that an error would be what decided who won. Newcastle’s defence never really looked that threatened by Arsenal, who mustered just two shots on target throughout the match, according to stats by BBC Sport. Newcastle actually had more shots at goal than the away side and had more corners, although Arsenal did dominate possession with 62 per cent of the ball. It would seem as though Bruce’s tactics are to hit teams on the counter-attack. With pacey players in the squad like Miguel Almiron and Allan Saint-Maximin, who came off the bench for his debut in the second half, it is probably the best way for Newcastle to get anything against top teams like Arsenal. They were the better team in the opening 45 minutes but there was a really poor spell after the break that came about after Bruce made a substitution.