Motson: Bruce criticism of players not a good sign 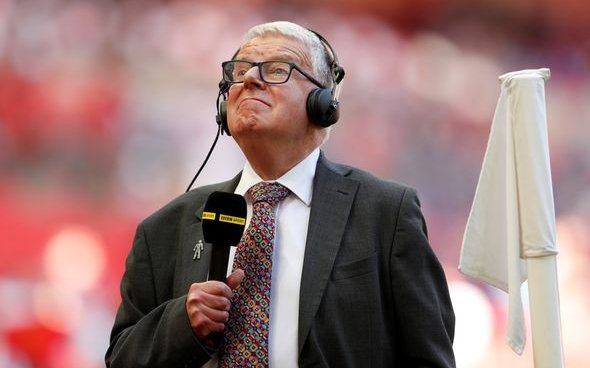 John Motson has said that he noticed something worrying about Steve Bruce after the defeat against Norwich, as he criticised his players publically in a post-match press conference.

Bruce was appointed as Newcastle manager by owner Mike Ashley after Rafa Benitez departed when his contract expired.

So far, it’s been two defeats from two games for the new manager, with Bruce’s side going down 1-0 to Arsenal before losing 3-1 to Norwich on Saturday.

Bruce was very critical of his players after the Norwich game saying, “I can’t forgive a performance where basically you don’t put your boots on. Unfortunately, it’s happened already, which is the second game in, but I’ll do all I can to make sure that changes.” [Chronicle]

Talking on Hawksbee & Jacobs on Monday afternoon (talkSPORT, 3pm) Motson said that he was worried for the club and for Bruce, who might be showing signs of the pressure he’s under. “This Joelinton and Almiron partnership that he was banking on isn’t working,” Motson said, “because Almiron is making the wrong runs. And now Joelinton has an injury.

“Steve was quite critical of his players after the game and that’s not a good sign after two games.”

Bruce had already said that he couldn’t fault the desire of his players after the Norwich game before performing a 180 and questioning their attitude in a post-match interview. As Motson said, that’s not a great sign and Bruce desperately needs to keep his players on side as he certainly doesn’t have the support of the fans. He’s obviously under a lot of pressure at St James’ Park but he knew the scale of the job when he took it on – and it’s not set to get any easier. Each loss in the Premier League will make his job that much harder and Newcastle travel to Tottenham next weekend – that’s a game they won’t be expected to get anything out of. Benitez didn’t win for the first 11 games in last season’s Premier League but Bruce might not have that long to turn things around. He’s already the favourite to get the sack with some UK bookies but he’s unlikely to find any sympathy from the Newcastle faithful.