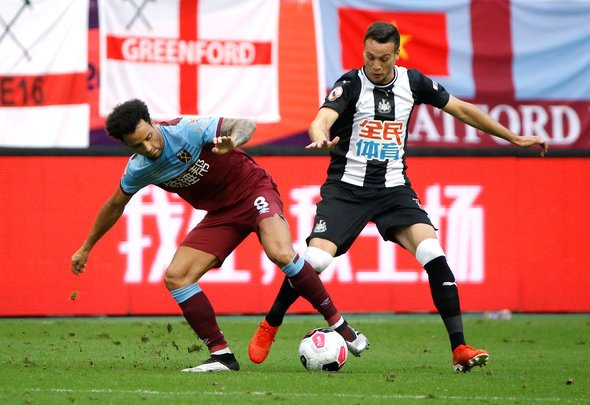 With the transfer deadline day quickly approaching on Thursday, Steve Bruce is surely destined to have a busy week at Newcastle to catch up with their Premier League rivals.

The Mirror has reported that Bruce has set his top priority at St James’ Park as a new right-back, with the defence being identified as a potential weak spot.

So, it comes as no surprise to see that teamTALK have reported Newcastle to be interested in making an approach for Derby County defender Jayden Bogle, with Aston Villa, Crystal Palace, and Brighton also said to be in the hunt.

With right-back’s Javier Manquillo and DeAndre Yedlin already being at the club. it appears that if Bruce completes a move this week, one of those options will most likely leave.

It would come as no surprise if that player is Manquillo, with the Chronicle reporting that the Spaniard could be set for a loan-exit this season.

Manquillo, 25, has impressed in pre-season, especially in the Magpies’ 2-1 victory over Hibernian, but the return of the previously injured Yedlin and the link to Bogle could see him heading towards the exit door.

When you compare Manquillo to Bogle via WhoScored, you can see why Bruce could be tempted to sanction the deal for a potential replacement – with the Derby man much more suited to an attacking wing-back role. 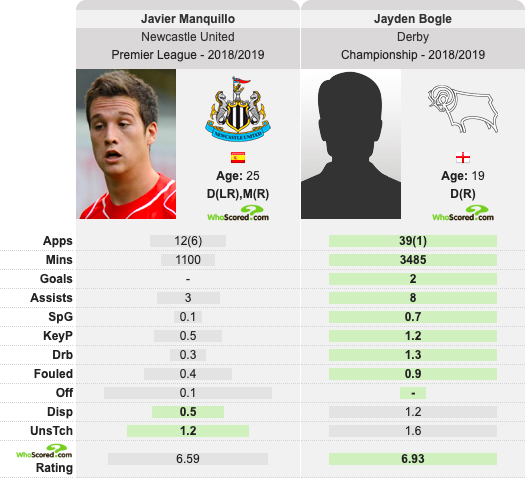 The 19-year-old delivered five more assists last season, and also added two goals. Bogle also averaged more shots and key passes per game, whilst also completing more dribbles – with all those stats combining to make the youngster a much bigger threat in a wing-back role.

With Manquillo being linked with a loan-move earlier in the window, it would come as no surprise to see him temporarily leave, with the 25-year-old surely heading towards the exit door as Bogle is linked with a move to the North East.