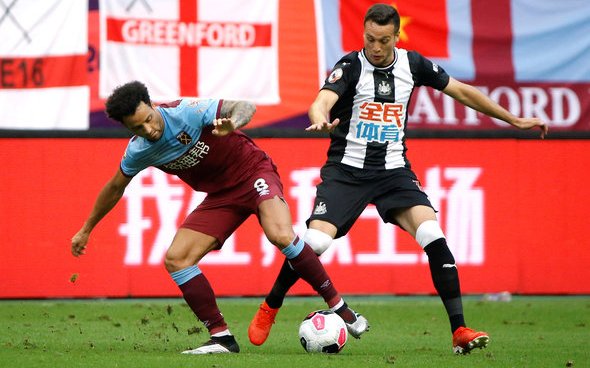 Unheralded Newcastle United right wing back Javier Manquillo is set to start against Arsenal in the Premier League on Sunday, according to the Northern Echo.

The newspaper claims that the 25-year-old, who is on a reported £35,000-per-week at the club [Source: Spotrac], is the man to helm the right hand side of the Magpies’ defence against the Gunners.

United States of America international DeAndre Yedlin looks set to miss out, while deadline day signing Emil Krafth only arrived from Amiens on Thursday and therefore is unlikely to start.

Which all means that the former Atletico Madrid man should take the reins at St James’ Park.

This is no bad thing for Newcastle, that’s for sure. Manquillo was pretty decent when he came into the team under former boss Rafael Benitez last season, eventually usurping Yedlin for a starting spot at right wing back. That wasn’t because of injury or anything else, all it came down to was that the Spaniard was performing better than the American. So the fact that Manquillo is likely going to start against Unai Emery’s side. Yedlin is a forward-thinking defender who isn’t actually that good defensively, which is not what’s needed against Arsenal’s suddenly lethal-looking attack. Manquillo, on the other hand, is a reliable presence who does the job no matter what. It would be nice to get a glimpse of the new boy Krafth, but you can’t expect him to arrive on Thursday and start against the Gunners on the Sunday. So this is a positive thing going into the game at St James’ Park.