Manquillo praises competition for football, Yedlin back of queue

One thing that was clear before Steve Bruce arrived at Newcastle United was that their strength in depth was almost non-existent.

The Magpies’ bench didn’t make for good reading for the majority of last season, and Ciaran Clark was their main defensive option to offer back-up to their defence.

DeAndre Yedlin missed the end of last season after undergoing surgery, and the American has yet to return with the Premier League already underway.

The arrival of Emil Krafth from Amiens meant that Bruce now has three right-back options, with Javier Manquillo also fighting to cement his position.

It was the Spaniard who got the nod against Arsenal on Sunday after he impressed in pre-season, especially against Hibernian as he proved he is both solid in defence and effective in attack.

Manquillo recently admitted in an interview on NUFCTV that the competition for a position at the club is only a good thing, and how he is determined to cement his place.

“I think that whenever you have someone who makes you compete for the shirt, it’s much better for the team because that means that you always need to be alert.”

The competition can only be bad news for Yedlin, and the writing could be on the wall for the American, with his injuries surely hampering his Newcastle future.

When you compare the three available right-backs at Newcastle via WhoScored, the 26-year-old could still definitely have the chance to impress after injury. 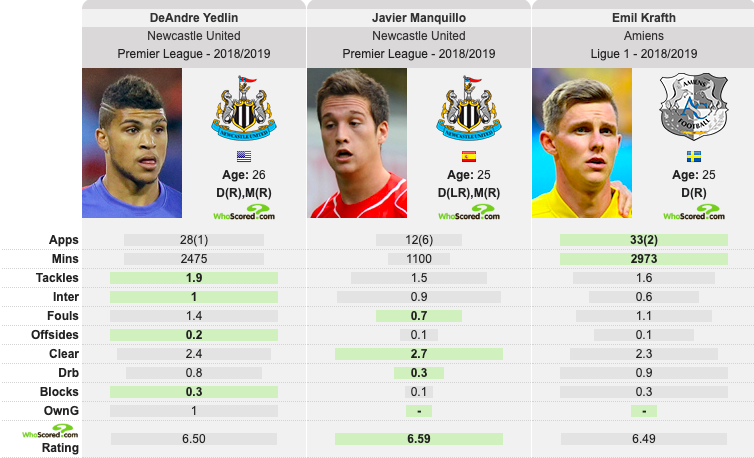 Even though it was Manquillo that achieved the highest WhoScored average match rating last season, it was Yedlin who impressed defensively, averaging more tackles, interceptions, blocks, while also winning more offsides for his side. 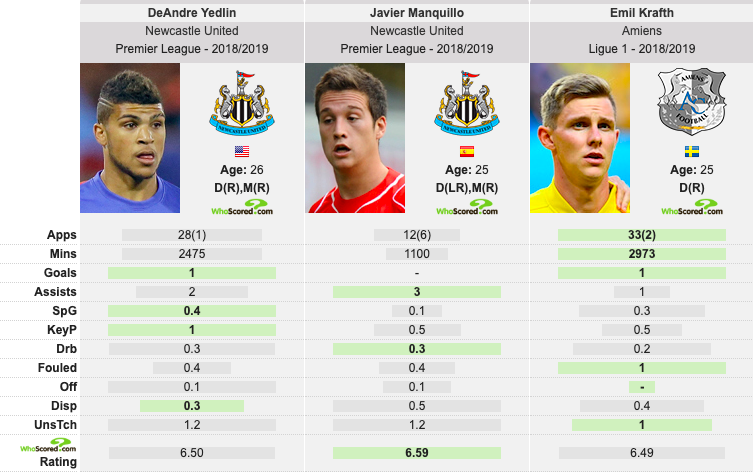 Despite Manquillo playing fewer games last season, he delivered the most assists – with Yedlin having averaged more shots per game and key passes than Krafth and the Spaniard.

Even though it was Yedlin who impressed in comparisons, the American could surely risk being left behind due to his injury should either Krafth or Manquillo grasp the opportunity under Bruce.