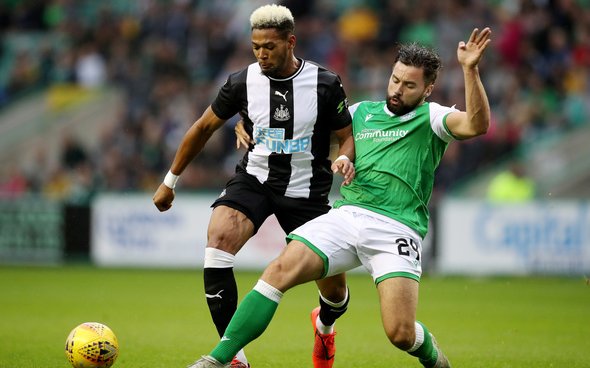 The 6’1″ Brazilian hitman [Whoscored] was brought in as a record signing for the Magpies over the summer, and Supermac believes that the his old club need their newest poster boy to hit the ground running, despite Geordie attentions being switched to the signing of Andy Carroll on deadline day.

Writing in a piece for the Chronicle, he said: “I know one thing as an old No 9 – it should all be about Joelinton right now, but instead everyone is talking about Andy Carroll.

“Goodness knows when Carroll will be match sharp enough to effect United’s future whereas Joelinton is the club’s record signing at £40m and his impact needs to be immediate to quell any fears of inevitable relegation and steady down a ship that has been listing in heavy waters.

“No disrespect to Andy, but the future of Newcastle United is in the hands of Joelinton.”

Macdonald is probably right about this one, to be fair. The Toon Army appear to have bought well this summer, but the fact of the matter is that if they don’t have somebody up top to be putting the ball in the back of the net, then they will struggle to avoid the drop. Just look at how important Salomon Rondon was last year. There were games where the Magpies only created one meaningful chance, but because the Venezuelan was able to put it away, they came away with one, or sometimes even all three, points. As for Joelinton, he has big boots to fill. That number nine shirt us heavy with the weight of some legendary forwards, but the signs are that he has what it takes to accept that responsibility well. Last season he managed two successful dribbles, 1.8 key passes, and 2.4 shots on goal per 90 minutes in Germany, as per Whoscored. If he can bring that same kind of live wire performance to the English game, then he is sure to be a hit.