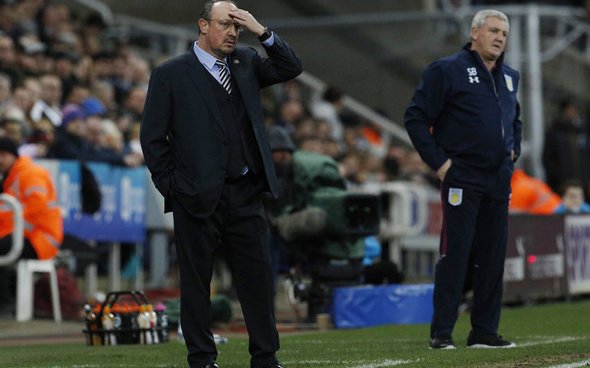 Sean Longstaff has urged all those at Newcastle United to forget about former manager Rafael Benitez.

The young midfielder was introduced into the fold by the Spaniard at the Magpies and was handed eight consecutive Premier League starts before an injury ended his last campaign prematurely.

Benitez left the club at the beginning of July after his three-year deal at Newcastle came to an end, and he failed to negotiate a fresh contract with Mike Ashley.

Longstaff admitted to Sky Sports that the club needs to forget about their former boss, who doesn’t have any say on their day-to-day business anymore.

“It’s in the past now and I think everybody, as harsh as it sounds, has to sort of forget about him, as tough as that can be,” he said.

“We’ve spent a lot of the start of the season talking about Rafa, and he’s not here. Ultimately he doesn’t have an impact on the team or football club at this time.”

Longstaff is spot on with his verdict, and the longer Newcastle cling on to the memory of Benitez, the longer it will take them to establish themselves under Steve Bruce. Magpies’ fans were correct to voice their concern over the appointment of the former Sheffield Wednesday man, but there is nothing they can do now but get behind the team and try and encourage another progressive season. Benitez enjoyed a fruitful three-year-spell at St James’ Park, winning the Championship and then establishing them as a mid-table Premier League side on a minimum budget, and finished with a point-per-game average of 1.48 [Transfermarkt] – a record that was only bettered by two managers to have managed over 100 games, Sir Bobby Robson and Kevin Keegan. Bruce has a long way to go before even being slightly compared to any of those names, but all Newcastle fans can do is look forward, and ultimately back their new manager, who has to do whatever it takes to progress past Benitez.