Longstaff in line for big things 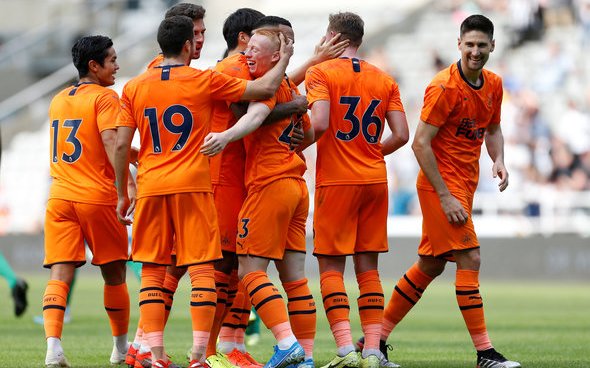 What’s better than one homegrown talent pulling the strings in the heart of midfield as your club plies its trade in the top flight of English football?

How about two homegrown talents pulling the strings in the heart of midfield as your club plies its trade in the top flight of English football?

And what’s even better than that? How about the two of them being brothers?

To many, that kind of thing will all seem a bit of Roy of the Rovers, but for Newcastle United, it could be a reality this season.

Without a doubt, the breakout star of the Magpies’ campaign last time around was Sean Longstaff.

The midfielder forced his way into the team last December, and from that stage onwards, was a near ever-present for his boyhood club, up until the point that he picked up an injury against West Ham that brought an end to his season.

In his nine Premier League appearances last term, he averaged a pass completion rate of 80.9%, as well being dispossessed just 0.7 times per match, and completing 3.3 long balls too, as per Whoscored.

And if his talent runs in the blood, then Toon fans should be very excited.

It was announced on Friday, as reported by Lee Ryder, that Sean’s brother, Matty, has been given a place in Steve Bruce’s 25-man Premier League squad, and that he will wear the number 43 shirt for the senior side.

The fact that Bruce chose to put the youngster in his squad ahead of Jack Colback, who was left out of the 25-man party, shows just how much faith his new boss has in him, and if he can come anywhere near to emulating his brother’s breakout from last season, then the Magpies could have another starlet on their hands.