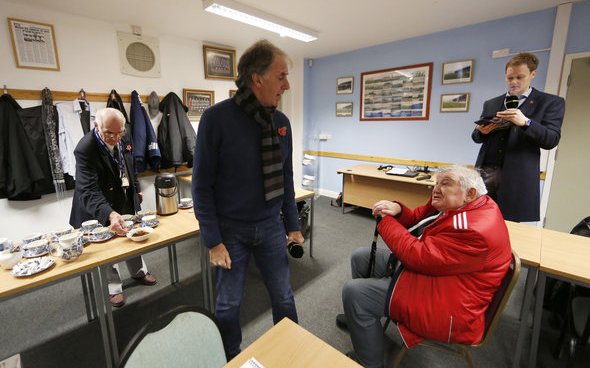 Mark Lawrenson has predicted that Newcastle United will make it consecutive wins in the Premier League against Watford on Saturday.

The Magpies welcome Javi Gracia’s side to St James’ Park after beating Tottenham 1-0 to pick up their first three points of the season last time out.

Steve Bruce’s men have only beaten the Hornets once since they were promoted to the Premier League back in 2010, in their 1-0 win over the Londoners last season.

Despite Newcastle’s lack of success recently against Watford, the BBC pundit has predicted that Bruce will guide his side to a 2-1 win – claiming Miguel Almiron and Joelinton can both affect games with their goals.

“Steve Bruce got a great result at Spurs, get behind him,” Lawrenson told the BBC Sport website.

“I have really liked what I have seen of Joelinton and Miguel Almiron. If they get the service they look like they can score goals.”

Despite losing in the cup on Wednesday, that will be quickly forgotten by Newcastle if they can secure consecutive Premier League wins on Saturday. Yes, cup competitions are important, but the league is definitely the top priority for Bruce this season. Lawrenson picks out the blossoming partnership of Joelinton and Almiron – a duo which became a front-three against Spurs, which can only add more goal threat. The decision to add an extra man in the attacking third definitely made the Magpies more threat and less isolation for the duo. The Brazilian forward scored his first goal in the Tottenham game, and both him and Almiron have averaged the most shots on goal this season according to WhoScored. With the extra man up front, Watford could be the best team to come up against when you want the opportunity to further trial the new system for Bruce. The Hornets are the only team that have yet to register a single point in the Premier League and have the second leakiest defence in the top-flight, so Magpies’ fans will be hoping that it won’t be as close as Lawrenson’s 2-1 prediction.