Lascelles and Dummett speak up in extra Newcastle training session 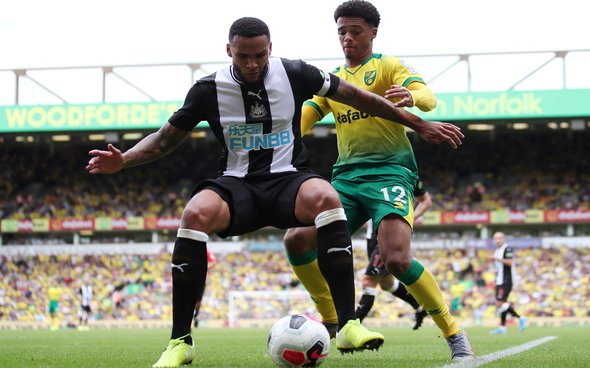 Steve Bruce made his squad take part in an extra training session on Sunday after the humiliating 3-1 defeat to Norwich at Carrow Road, according to The Athletic.

The news outlet claims that while it was not an intense session and nor was it very heated, there were players who raised their voices.

It is understood that captain Jamaal Lascelles and Paul Dummett were among those who voiced opinions while Bruce also had words with his squad after Teemu Pukki’s hat-trick earned the newly-promoted side three points against the hapless – and often clueless – Magpies.

One of the most striking things about Newcastle in the first two matches of the season is the lack of organisation. Whether that is the players’ fault or not, we might not ever know, but it sure does not look good on Bruce. Jetro Willems’ introduction off the bench against Arsenal led to him playing in the wrong position for several minutes before Matt Ritchie was forced to play out of position in the centre of the midfield to allow Willems to move to the left. Against Norwich, defenders were often seeing having words or shouting at each other amid a lack of clarity over who was meant to be marking who, tracking runs or closing down. Dummet and Lascelles did not cover themselves in glory against Norwich so for some of their team-mates, it might be quite rich to hear them offering their opinion in this extra training session. However at least there is some leadership being shown among the playing squad and this extra training session put on by Bruce has banged some heads together ahead of the clash against Tottenham next week.